India   All India  04 May 2020  Bihar govt will bear all travel expenditure of migrants, students: Nitish Kumar
India, All India 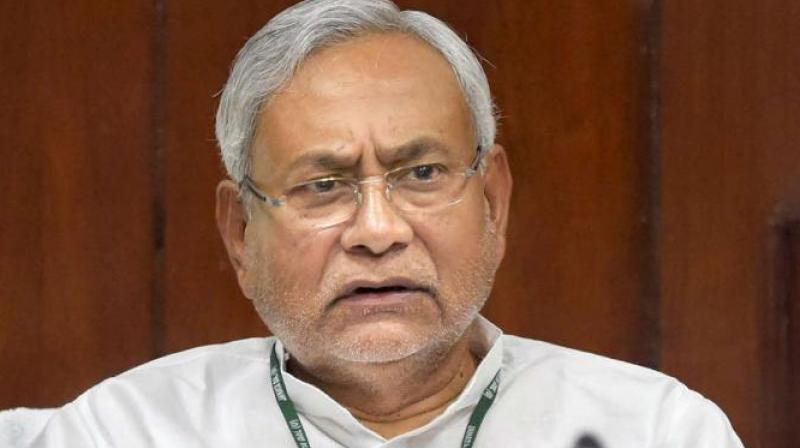 Patna: Bihar Chief Minister Nitish Kumar on Monday announced that the state government will bear the travel costs of migrants and students who are willing to return home.

“I thank the Centre for taking our suggestion to run special trains for people of Bihar who are stranded in other states. Students will not be asked to pay for their tickets as the state government has decided to bear all their travel costs”, Chief Minister Nitish Kumar said.

He, however, clarified that the migrants returning home will be paid the amount spent on their train ticket after they complete their 21 day quarantine period in camps which have been set up at block headquarters in different districts of the state.

“Apart from their travel cost, the state government has also decided to pay Rs. 500 to every migrant after they are discharged from quarantine camps”, Chief Minister Nitish Kumar said.

His announcement comes amid opposition’s allegations that migrants were being asked to pay for their train tickets while returning home in the wake of coronavirus crisis and lockdown.

The opposition parties in Bihar, the RJD and Congress on Monday also offered to bear the cost of travel fare of migrants who are willing to return home from different states through trains.

RJD leader Tejashwi Yadav in a hard-hitting statement said that “our party is willing to pay the cost of 50 trains to bring back our poor labourers who want to return home but can’t bear their travel cost.

The RJD is making this offer because the double engine government is not capable and making all kind of excuses not to bring migrants who are stuck in other states”.

In the same tweet, he also took a dig at Deputy Chief Minister Sushil Kumar Modi and said, “Please add the amount and let us know, we will send you the cheque”.

In a tweet, Tejashwi Yadav claimed that “only 3500 people have returned in five days. It seems that our Chief Minister is not interested in making proper travel arrangements for people who want to return home. It’s the state government’s responsibility to bring labourers back safely”.

According to reports, in the next few days around ten trains carrying Bihari migrants are expected to reach Bihar.

The first train with 1,174 migrants from Jaipur had reached Patna on Friday. On Monday trains are also expected to arrive with stranded students from Kota in Rajasthan, Kerala and Telangana.