Besides Ankit Saxena's friends, Dr Kafeel Khan, who was charged with infant deaths in UP in 2017, helped attendees at Iftaar meet. 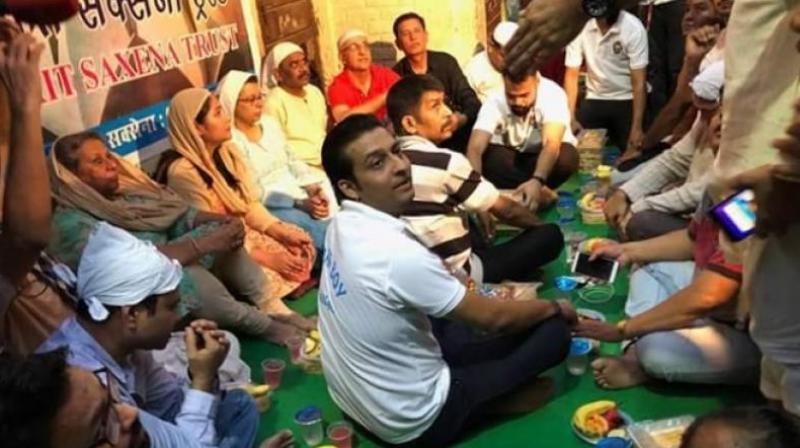 New Delhi: Barely four months after losing his 23-year-old son Ankit Saxena who was stabbed by the family of his Muslim girlfriend in west Delhi’s Raghubir Nagar, his father organized an Iftaar gathering to send out a message of love and peace.

Yashpal Saxena, father of Ankit, organised the iftaar gathering for about 200 people.

When Ankit was stabbed in a busy west Delhi street and attempts were made to communalise his death, Yashpal Saxena's appealed to all to not to make any "inflammatory statements".

"Yes, those who killed my son were Muslim...but every Muslim can't be branded for this. Don't use me to spread communal tension, don't drag me into it...I appeal to everyone not to link this to religion and vitiate the atmosphere," Yashpal Saxena was reported as saying.

Four people were arrested after the young photographer was attacked and stabbed by his girlfriend's parents, uncle and 14-year-old brother on a road leading to his home as they objected to their relationship. The charge-sheet has been filed and the hearing will take place in July.

Besides Ankit's friends who helped Yashpal Saxena make all arrangements, Dr Kafeel Khan, who was charged with the death of infants at a state-run hospital in Gorakhpur in 2017 and recently walked out of jail, was among the attendees on Sunday.