The chief minister said the clashes were given a communal colour by vested groups and a section of the media outside the state. 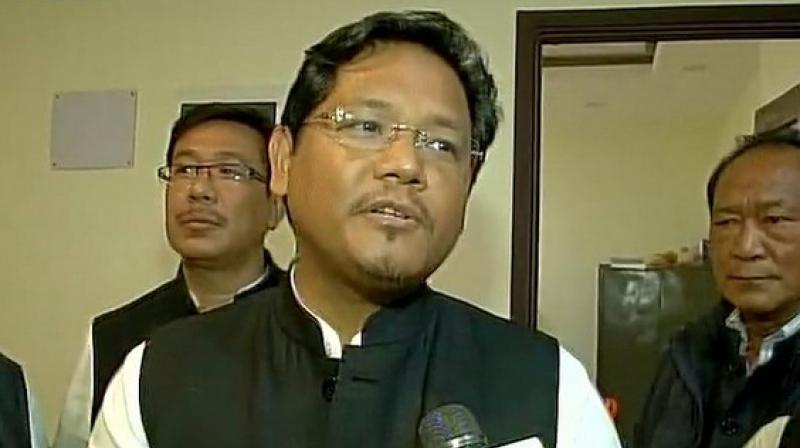 Guwahati: Curfew in pockets of Shillong was relaxed for seven hours on Sunday even as Meghalaya chief minister Conrad K. Sangma said the violence that broke out on Thursday was a local issue and not communal in nature.

The chief minister also told reporters that there were hints of a larger conspiracy behind the clashes.

“We have understood that there are people who are funding this agitation. Expensive alcohol and money is being given. We will take stern action against the plotters,” Mr Sangma told a TV channel.

“The problem is very much in a particular locality, on a particular issue. It just happened that two particular communities were involved, but it’s not a communal thing,” Mr Sangma said.

The clashes were given a communal colour by vested groups and a section of the media outside the state, he said.

Meanwhile, sporadic incidents of violence continued on Saturday night when miscreants hurled patrol bombs at various places and set a motorcycle showroom on fire. Police said that at least six new motorcycles were burnt in arson.

Deputy commissioner of East Khasi Hills Peter S. Dkhar said, “We relaxed the curfew from 8 am to 3 pm today under Lumdiengjri police station and Cantonment Beat House areas to allow people to get their essential commodities. No untoward incident was reported from any part of the area.”

Admitting that the situation was still tense, Mr Dkhar said that suspension of Internet on mobile services would continue.

Curbs have also been imposed on sale of petrol and diesel in cans and other containers within the district, he said.

Union home minister Rajnath Singh called up the chief minister on Sunday to take stock of the situation. “The home ministry has already rushed six companies of paramilitary forces to help the state administration in restoring peace,” said a security source.

The Army on Saturday night rescued about 500 people, including 200 women and children, from Punjabi Lane area where the trouble started on Thursday over a parking issue. The clashes between two communities had left at least 10 people, including policemen, injured.

One of the rescued residents, Jeet Kaur, said, “I came here as I know I will be safe under Army protection.”

Following reports of attacks on Punjabis in Shillong, the Shiromani Gurdwara Parbandhak Committee (SGPC) has decided to write a letter to Meghalaya chief minister asking him to ensure safety of Sikhs in the state.

Delhi MLA and general secretary of the Delhi Sikh Gurdwara Management Committee, Manjinder Singh Sirsa, visited Shillong on Sunday and after assessing the situation asked the people outside the state not to believe in rumours as the Sikhs living in Meghalaya are safe.

A delegation of the Shiromani Akali Dal (Delhi), under the leadership of general secretary Harvinder Singh Sarna, met Delhi Bishop Theodorer Mascranes on Saturday. It appealed to him to help end clashes between the Sikh and Christian minorities in Shillong.

Meanwhile, members of the ruling alliance in Meghalaya have started mounting pressure on the chief minister to shift the Sweeper Colony from existing location in the Punjabi Lane area.

State government sources said that the government was looking into the demand of Khasi Students Union to shift the Sweeper Colony.