Mayawati hints alliance over, BSP set to go solo in UP

A total of 11 Assembly bypolls are due to be held in Uttar Pradesh after MLAs won the Lok Sabha polls. 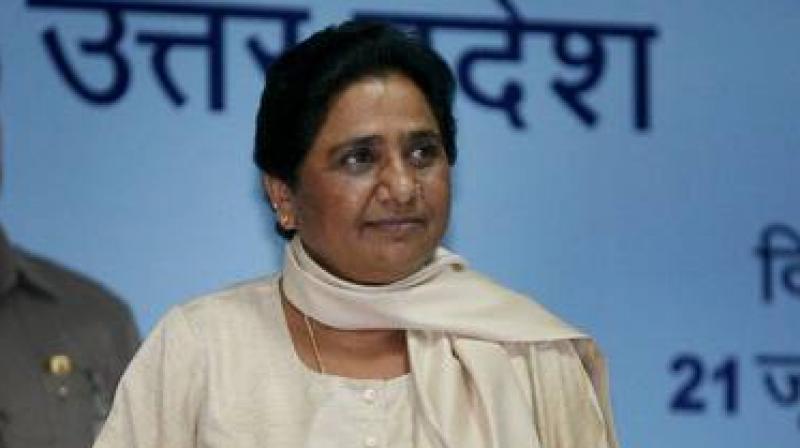 New Delhi: After reaping electoral gains from the “Mahagathbandhan” in Uttar Pradesh, which proved disastrous for her alliance partner, the Samajwadi Party, BSP supremo Mayawati seems to have turned against the electoral pact now and has decided to go solo for the 2022 state elections as well as the coming bypolls in 11 Assembly seats.

While the BSP managed to increase its tally from zero to 10 in the Lok Sabha polls, the SP’s numbers remained stagnant at five, as also that of the Ajit Singh-led Rashtriya Lok Dal, which failed to open its account like in 2014.

At a meeting of BSP office-bearers and newly-elected MPs here Monday, Ms Mayawati said party workers should not depend on the alliance to win votes but work to improve the party’s organisation.

This was the clearest indication that the dalit czarina was not happy with the numbers the SP-BSP-RLD alliance managed to get in the recently-held Lok Sabha polls.

A total of 11 Assembly bypolls are due to be held in Uttar Pradesh after MLAs won the Lok Sabha polls. Nine BJP MLAs won the Lok Sabha polls, while one each from the BSP and SP were elected to the Lower House of Parliament. Ms Mayawati said the BSP had won 10 seats in Uttar Pradesh due to its traditional votebank and that the votes of Samajwadi Party could not get transferred to its candidates. The BSP chief cited the poor performance of its alliances in various states during the Assembly and Lok Sabha elections to drive home the point that the BSP would have to strengthen its own organisational structure and not depend on other parties to win votes.

Ms Mayawati had last week removed the election coordinators of six states and two state presidents on Sunday, after the poor show in the Lok Sabha elections.

Just five months earlier, both the SP and BSP had said their alliance was “permanent”, and would be alive for the 2022 Uttar Pradesh elections.

The alliance between the SP and BSP was touted as a tight case of political arithmetic which, however, was routed by the second Narendra Modi wave.

This was the second time that the arch-rivals had come together since 1993 in the aftermath of the Babri Masjid demolition. At that time, the two parties had managed to keep a resurgent BJP out of power in the state, but later had a bitter fallout capped by what is now known as the Guest House incident.