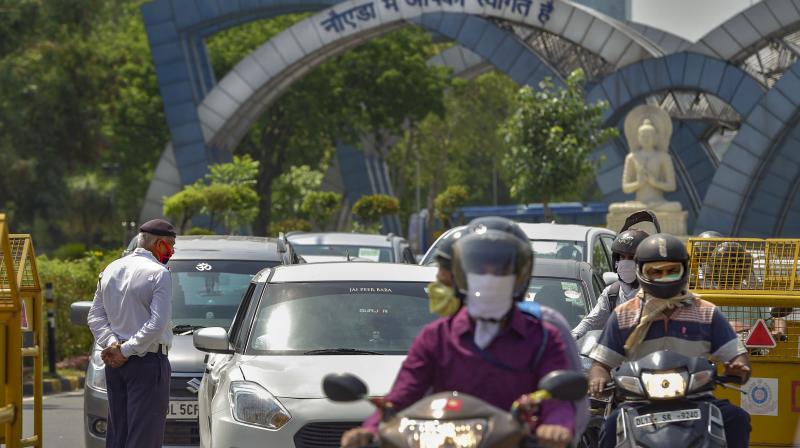 A police constable checks e-passes of commuters at Delhi-Noida border, during the ongoing COVID-19 lockdown, in New Delhi. PTI photo

Kumar's condition is stable and he is currently under home-quarantine, they said.

At least 35 officials working at the ministry's headquarters in South Block in the Raisina Hills have been sent on home quarantine after reports of Kumar testing positive for the infection emerged on Wednesday morning.

There was no official comment on Kumar's health condition. The defence ministry spokesperson refused to comment on the issue.

It is learnt that Defence Minister Rajnath Singh did not attend office as part of a precautionary measure.

The offices of the defence minister, the defence secretary, the Army Chief and the Navy Chief are on the first floor of the South Block.

The sources said all laid down protocols on contact-tracing and quarantining of people are being scrupulously followed.