Police dismissed the allegations as false in both the incidents. 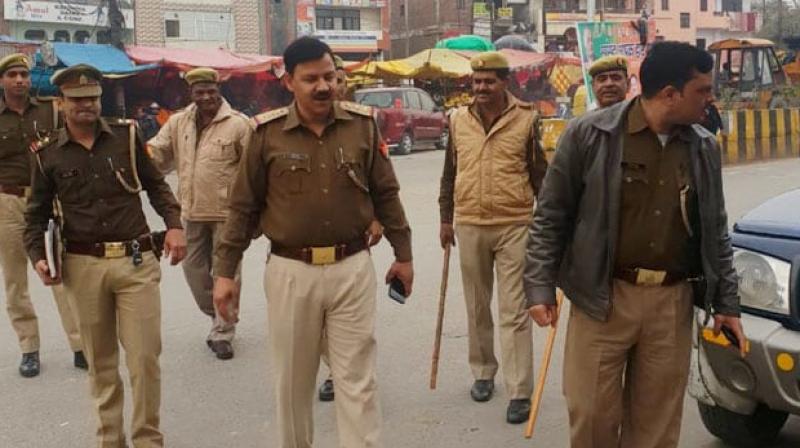 Police said despite regulatory measures in view of the festival, they were helping auto and other drivers to operate freely. (Photo: Representational)

Kanchipuram: A mini-van driver committed suicide by setting himself on fire on Wednesday after alleging that police did not allow him to take his vehicle to the Varadarajaswamy temple during the Athivaradhar festival.

In another incident, a 21-year old man hailing from Andhra Pradesh fainted and died after allegedly being hit by a woman police officer when he videographed a deity on his mobile phone in the temple.

Police dismissed the allegations as false in both the incidents.

Kumar, the 48- year old driver of a light commercial vehicle, poured petrol on himself inside his vehicle and came out and set himself ablaze.

The incident happened near a junction leading to the temple and the driver, who suffered serious burn injuries, died at a hospital here.

"This man had personal problems and he ended his life only due to that," a senior police officer told PTI.

Another officer, quoting his family, said Kumar had debt problems. "All autos and vehicles are being allowed to go near the temple. We don't understand why he ended his life, we are looking into his suicide," he added.

Police said despite regulatory measures in view of the festival, they were helping auto and other drivers to operate freely.

On the death of the young man after being hit by a woman police officer, the second police officer said the youth was not beaten up as has been claimed. "Only the video clip was deleted from his phone," he said.

The youth, along with his brother and mother, arrived here on Monday to visit the temple during the ongoing Athivaradhar festival.

After worshipping the "Athivaradhar" (Lord Vishnu's deity made of fig), he had gone to the shrine of Devarajaswamy.

Police claimed the man fell off the stairs and injured himself and he was later pronounced dead at a hospital.

The once-in-40-years "Athivaradhar festival," began on July 1 and is scheduled to end on August 17.

The highlight of the festival is the retrieval of the Athivaradhar deity from the temple tank and its display and public worship for 48 days.

Previously, the deity was brought out of the tank in July 1979 which was preceded by the 1939 event.