India   All India  04 Jul 2020  Rains continue to lash Mumbai and adjoining areas for the second consecutive day
India, All India

There have also been 19 complaints of tree/branches falling, but nobody was injured in the incidents. 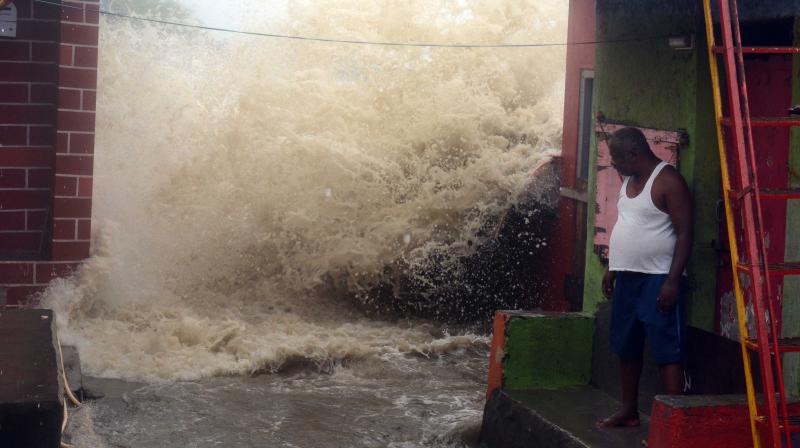 Mumbai: Rains continued to lash Mumbai and its adjoining areas for the second consecutive day on Saturday. However, the intensity of rainfall witnessed so far on Saturday was moderate as compared to Friday, officials said.

According to the India Meteorological Department (IMD), the Colaba weather bureau reported 39.4 mm rainfall between 8.30 am and 2.30 pm on Saturday, while the Santacruz weather station recorded 52 mm rainfall during the same span.

"The rainfall till now has been moderate as compared to what was witnessed on Friday. Water-logging was reported in low-lying areas like Sion and Milan Subway. But there has been no complaint of major water-logging so far," an official of the disaster management cell of the Brihanmumbai Municipal Corporation (BMC) said.

There have been 19 complaints of tree/branches falling, but nobody was injured in the incidents, he said.

As per the IMD's data, Mumbai's Colaba weather bureau recorded 169 mm rainfall during 24 hours from 8.30 am on Friday, while the Santacruz weather station reported 157 mm rainfall in the same period.

Late on Friday, the IMD had issued a red alert for Mumbai, Raigad and Ratnagiri for Saturday as it predicted heavy to very heavy rainfall at many places in Palghar, Mumbai, Thane and Raigad districts.

"Another heavy RF day for Mumbai & west coast today," he said on Twitter.

Meanwhile, the Ratnagiri bureau recorded 69.3 mm rainfall and the Harnai weather station in that district registered 165.2 mm rains since Friday.

In the arid regions of Marathwada, Nanded district received 22 mm rains during the span, the IMD said.

The Alibaug bureau in Raigad district recorded 18 mm rains during this period.