India   All India  04 Aug 2018  Punjab: AAP on verge of implosion due to internal fighting
India, All India

Punjab: AAP on verge of implosion due to internal fighting

The recent removal of Sukhpal Singh Khaira from the position of Leader of the Opposition by AAP central leadership has divided the party. 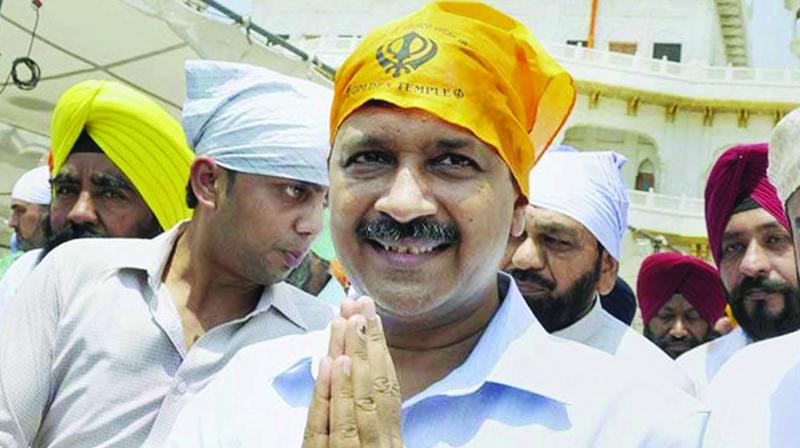 Chandigarh: The Arvind Kejriwal-led AAP which emerged as a bright star on the political horizon of Punjab in the last Lok Sabha elections and the subsequent Assembly polls in 2017 is now facing a virtual implosion due to internal rumblings.

The recent removal of Sukhpal Singh Khaira from the position of Leader of the Opposition by AAP central leadership has divided the party.

Out of total 20 AAP MLAs in the state nine are backing Mr Khaira and calling his removal as arbitrary. Despite a warning from the central leadership, rebel MLAs held a a political rally at Bhatinda to protest against the removal of Mr Khaira from the prestigious position of Leader of the Opposition.

Even though seven MLAs turned up for the Mr Khaira’s rally in Bhatinda, instead on nine who had initially confirmed their attendence, the rift within the party is wide and conspicuous.

Mr Khaira and his supporters have succeeded in raising the issue of autonomy for the Punjab unit of the party. There were similar signs of trouble for the new outfit aheat of the last state Assembly polls when the local leaders had demanded a greater say in distribution of tickets.

Just before the ouster of Succha Singh Chhotepur as  AAP state unit chief, murmurs of dissent had started against the dominance of party volunteers who had come from outside the state.

Mr Kejriwal had handpicked MP Sanjay Singh and Durgesh Pathak to establish the organisational network in Punjab. Things had started going downhill from the time Mr Chhotepur was removed and the slide has not stopped till date.

It is clear that the party is in no position to repeat its 2014 Lok Sabha performance in Punjab when it won four out of the 13 seats despite a strong “Modi wave”. Two of its Lok Sabha MPs Dharamvira Gandhi and Harinder Singh Khalsa have been suspended by the party.

Mr Gandhi has floated an outfit called the Punjab Manch which is expected to become a political party in days to come.

He released its “Punjab Declaration” playing up the need for genuine federalism in the country.

On his role in context of AAP, he said, “I even voted according to the whip issued by the party for the recent no-confidence motion against the Modi-led central government. When it comes to the issue of autonomy for the Punjab unit I do not differ with Mr Khaira.”

The other issue that is dividing the AAP in Punjab is the possibility of an alliance with the Congress for the Lok Sabha polls in 2019.

There are many within the party who are open to the idea of a tie-up with the Congress as this would lead to a seat arrangement in Punjab wherein the party can expect to retain a couple of seats despite playing the second fiddle to the Congress.