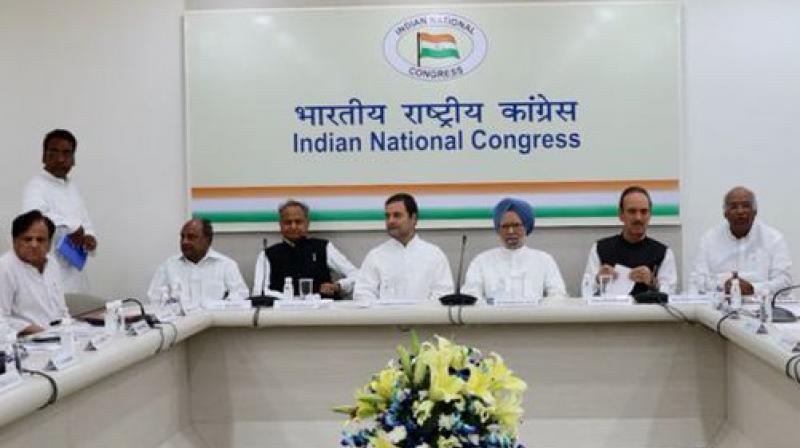 This is the second meeting of the newly-constituted Congress Working Committee, the party's highest decision-making body, under the presidentship of Rahul Gandhi. (Photo: Twitter/@INCIndia)

New Delhi: Top party leaders met in Delhi on Saturday for the Congress Working Committee meet to discuss the current political situation and chalk out a strategy on key issues of the Rafale deal and the National Register of Citizens (NRC).

The meeting was chaired by Congress president Rahul Gandhi, while former party chief and UPA chairperson Sonia Gandhi could not attend it, party sources said.

This is the second meeting of the newly-constituted CWC, the party's highest decision-making body, under the presidentship of Rahul Gandhi.