Syeed Murfad Shah was killed when he drove his XUV into the heavily fortified residence of the former chief minister on Saturday. 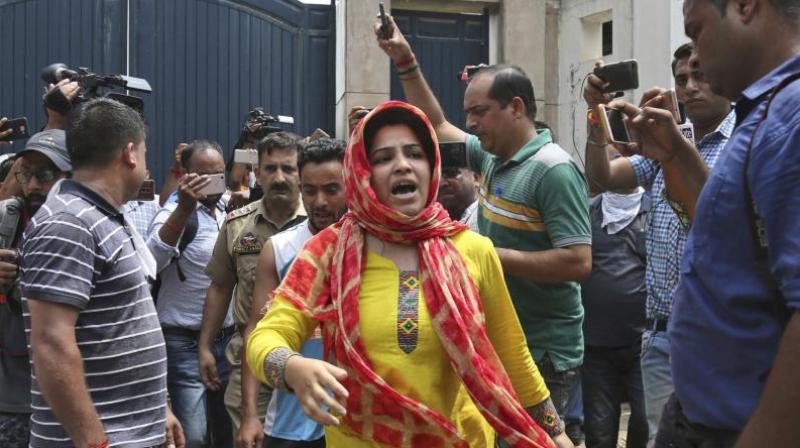 Jammu: Dozens of relatives of the youth, who was shot dead by security forces after he forcibly drove into the residence of former chief ministers Farooq Abdullah and his son Omar on Saturday, staged protests demanding an inquiry into the incident, officials said.

Syeed Murfad Shah, 25, a resident of Chinore locality in the outskirts of Jammu, was killed when he drove his XUV into the heavily fortified residence of the former chief minister at Bhatindi before being shot dead by security forces, according to witnesses.

On hearing about the incident, Shah's father and other family members reached the spot and demanded a probe into the incident, officials added.

After the body was taken to Government Medical College hospital for postmortem, about 200 acquaintances of the deceased, originally hailing from Mendhar tehsil of Poonch district, assembled there.

They prevented doctors from performing an autopsy for several hours and asked why an "innocent unarmed person" was killed, officials said.

While the postmortem of the deceased was underway at the hospital, another large group of protesters blocked the main road at Chinore, they said.

Senior police and civil officials were at the spot and efforts were on to persuade the protesters to lift the blockade on the Jammu-Bantalab road.

The agitated protesters burnt tyres and raised slogans against security forces and the national media for "misleading reporting", the officials said.

"An intruder gate-crashed into the house of Abdullah, had a scuffle with security personnel and attempted to snatch a rifle from an officer (before he was killed)," Inspector General of Police (Jammu) S D Singh Jamwal told reporters.

He said the youth was alone in the vehicle and an investigation was on to ascertain how he managed to reach the house without being challenged.