'If Nitish Kumar is ashamed of Muzaffarpur rape incident, he should immediately take action against those involved.' said Rahul Gandhi. 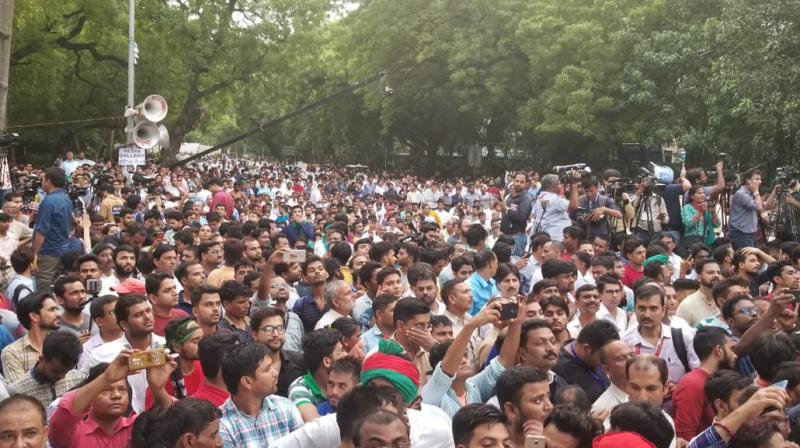 New Delhi: The Rashtriya Janata Dal (RJD) and several other opposition parties staged a protest on Saturday, voicing their anguish over the alleged rape of young girls at a shelter home in Bihar's Muzaffarpur.

In a show of opposition unity, almost all major political parties joined the protest at Jantar Mantar in the heart of the national capital, organised by RJD leader Tejashwi Yadav.

Voicing his discontent at the handling of the case, Rahul Gandhi said, "If Nitish Kumar is ashamed of Muzaffarpur rape incident, he should immediately take action against those involved. We stand with the women of India, girls and their families who suffered in Muzaffarpur." 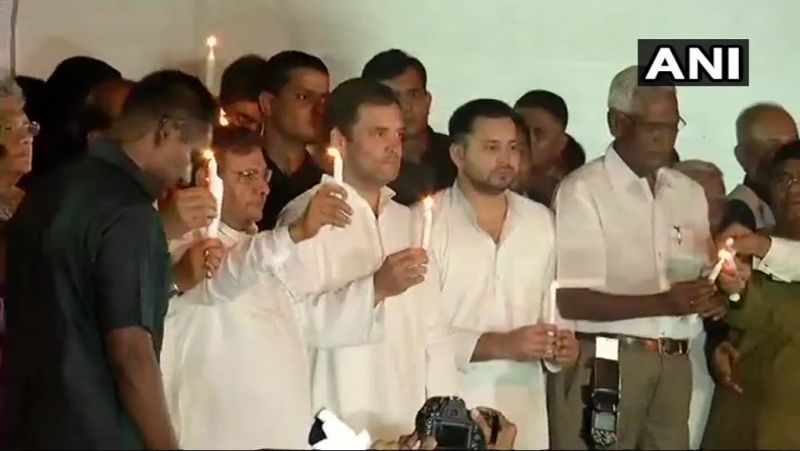 “Congress president Rahul Gandhi and Delhi chief minister Arvind Kejriwal have confirmed their participation in the demonstration because the incident has shaken them as well. Dinesh Trivedi from the Trinamool Congress, Dharmendra Yadav from the Samajwadi Party and Satish Chandra Mishra from the Bahujan Samaj Party will also be there, along with civil society workers, human rights activists and representatives of all major political parties,” he Yadav had earlier confirmed. 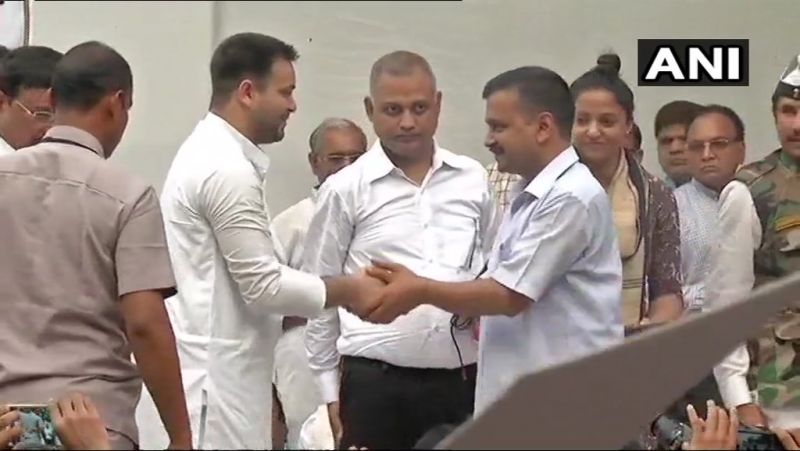 He, however, emphasised that despite the presence of top Opposition leaders, it would be a ‘non-political event’.

Tejashwi has been targeting Bihar Chief Minister Nitish Kumar over the alleged rape incident at the shelter home in Muzzafarpur.

He had said that condemnation issued by the chief minister on Muzaffarpur shelter case wasn’t enough, questioning why Brajesh Thakur, prime accused in the case, was running shelter homes and getting funds from the government.

“The girl who had all the information has been shifted to a shelter home in Madhubani. After being shifted there is no information about her. We don't know if she is dead or has been killed or is missing,” the RJD leader said.

Yadav had stated that the scandal has exposed ‘social reforms’ agenda of Nitish Kumar government.

“We want Brajesh Thakur to be hanged till death. If you see the number of crimes in Bihar has increased in the past one year. Cases of gangrape are being reported back to back from various districts of the state,” Tejashwi Yadav told news agency ANI on Saturday.

“Even after the report of Child Commission was out no action was taken. FIR was lodged two months after Tata Insititute report came and in that too name of prime accused Brajesh Thakur was missing. Somehow Thakur has been a close aide of Nitish Ji,” he added.

The Bihar government has handed over the case to the CBI.

Various speakers at the protest demanded stringent punishment against those involved in the heinous crime.

Speaking on the protest, BJP leader Meenakshi Lekhi said, “We know what happens in Rahul Gandhi's protests, even Priyanka Gandhi can't be assured of safety. And now Tejashwi Yadav is too a part of it. No woman will be safe.”

Earlier, on Thursday, Left parties and groups in Bihar had called for a state-wide bandh in Patna to protest against the Muzaffarpur shelter home scandal. This was also supported by RJD members.