Vasundhara Raje's yatra will cover all divisions in the state before its culmination on September 30 in Ajmer. 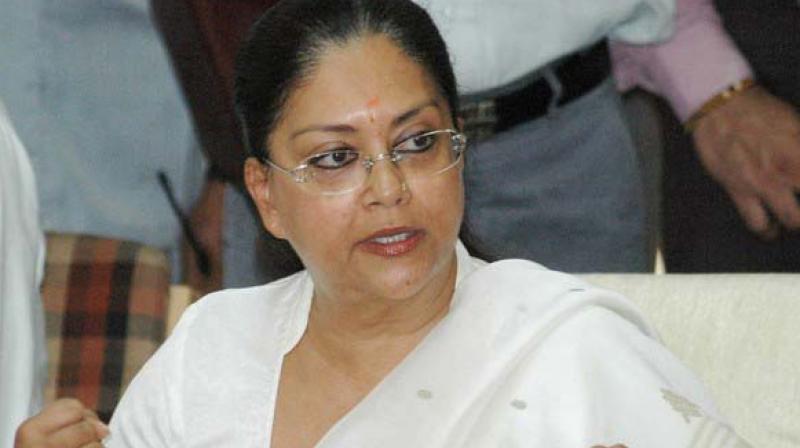 BJP President Amit Shah will flag off Vasundhara Raje's 'Rajasthan Gaurav Yatra' (Rajasthan pride yatra) from from Charbhuja Nath temple in Rajsamand district on Saturday. It is aimed at seeking the people's mandate in the upcoming assembly elections.

"Raje is trying to hide her failures in the name of the yatra. This will not be a 'Gaurav Yatra' but a 'Vidai Yatra' of her government," he said.

"She has no remarkable achievement in any area, what pride is being talked about?" Gehlot asked.

He said Raje took out the 'Suraj Yatra' (Good Governance Yatra) ahead of the last assembly elections but her government has delivered 'kuraj' or bad governance.

The Congress general secretary alleged the yatra was funded by the state exchequer and orders to make arrangements for the yatra had been issued at the government level.

He asked Raje to clarify whether the yatra was a BJP initiative or that of the state government.

"There will be no impact of any BJP exercise. People will vote out the party in the assembly elections because all sections of the society, be it farmers, workers, tribal people, minorities, youths or women, resented the BJP rule," Gehlot said.

Raje's yatra will cover all divisions in the state before its culmination on September 30 in Ajmer.