The landing on the moon's south polar region is expected on September 6 this year. 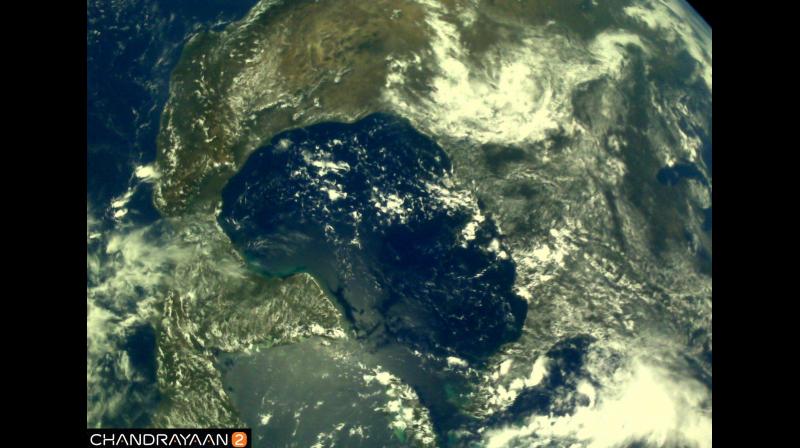 New Delhi: Space agency ISRO on Sunday released the first set of pictures of the earth captured by Chandrayaan 2, the country's second Moon mission launched a fortnight ago.

The pictures were captured by L14 camera on board Chandrayaan II. The pictures show the earth in different hues.

Recently, the organisation announced that it has successfully carried out the fourth earthbound orbit-raising manoeuvre for Chandrayaan-2 spacecraft.

"Fourth earthbound orbit-raising manoeuvre for Chandryaan-2 spacecraft has been performed successfully today (August 2, 2019) at 1527 hrs (IST) as planned, using the onboard propulsion system for a firing duration of 646 seconds. The orbit achieved is 277 x 89472 km. All spacecraft parameters are normal," the space agency had said in a statement.

A Geosynchronous Satellite Launch Vehicle (GSLV) Mark III, carrying the Chandrayaan-2 spacecraft, had lifted off at 2.43 pm on July 22 from the Satish Dhawan Space Centre in Sriharikota.

Chandrayaan-2 will explore a region of the moon where no mission has ever set foot. The spacecraft consists of an orbiter, a lander, and a rover together referred to as "composite body".

The landing on the moon's south polar region is expected on September 6 this year.