Deb's initiative is in compliance with the 1975 Border Agreement between BSF and then Bangladesh Rifles (BDR). 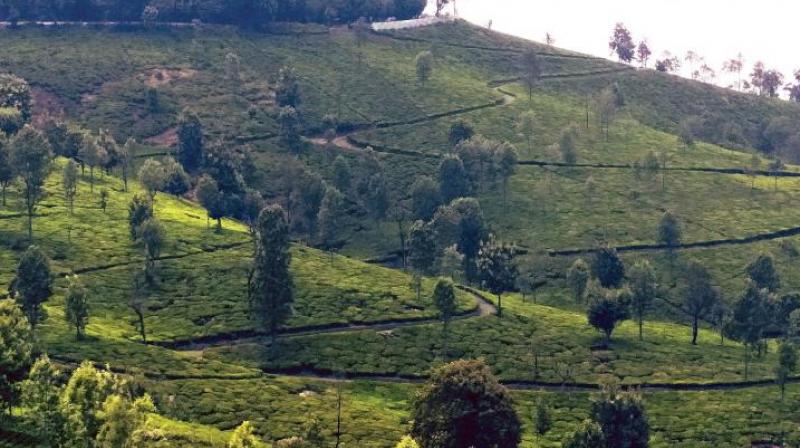 The tea grower said he would be earning Rs 5 lakh annually from the six hectares of tea plantation between the fencing and the zero line. (Photo: Representational)

Rangamura: A Tripura planter has paved the way for growing tea on a vacant tract of land along the India-Bangladesh border, an initiative, which industry experts feel, could benefit the state's tea sector.

Fifty-year-old Animesh Deb, a small tea grower in West Tripura district, came up with the idea four years ago after attempts by fellow villagers to cultivate paddy on the 150- yard stretch -- between the actual border and the barbed wire fence on the Indian side -- failed due to grazing cattle.

"The BSF officers open the border gates at a fixed time every day, allowing us to nurture the plants. Cultivation of tea does not require guarding against cattle," he said.

Deb's initiative is in compliance with the 1975 Border Agreement between BSF and then Bangladesh Rifles (BDR), which prohibits construction of structures over four feet in height on 137.16-metre stretch between the actual border -- or the zero line -- and the fencing on either sides. The barbed wire fence has been erected 150 yards away from the zero line, in adherence to the border agreement.

Tea bushes usually do not grow to be four-foot tall. "After the fence was erected in 2014 to check infiltration, smuggling and other border crimes, a vast tract of land fell vacant along the fence. As growing vegetables was not an option and the land and weather seemed conducive for growing tea, I took the initiative," Deb said.

The tea grower said he would be earning Rs 5 lakh annually from the six hectares of tea plantation between the fencing and the zero line. Enthused by his success, Santosh Saha, the chairman of the Tripura Tea Development Corporation (TTDC), has proposed to expand the initiative on the border stretches.

"I had sent a proposal to Chief Minister Biplab Kumar Deb for growing more such tea gardens along the fence and he agreed to extend support to the project," Saha told PTI. The corporation has decided to provide technical assistance to small farmers for growing tea along the border. "The idea was conceived during a meeting of tea growers of West Tripura district and the representatives of Tea Board of India and TTDC last week. If implemented successfully, the project would benefit the tea industry in the state," Saha said.

The TTDC chairman said that output from the initiative along the border stretches will be procured by bigger tea gardens in the state for processing in their units. Tripura annually produces over nine million kg of tea from 54 tea gardens in the state. Several tea growers have taken cue from Deb's success. Harishankar Debnath, another tea grower from Sepahijala district who is following in Deb's footsteps, said, "If TTDC helps us in growing the gardens, the tea industry in the state will flourish." Tripura shares 856-km-long border with Bangladesh.