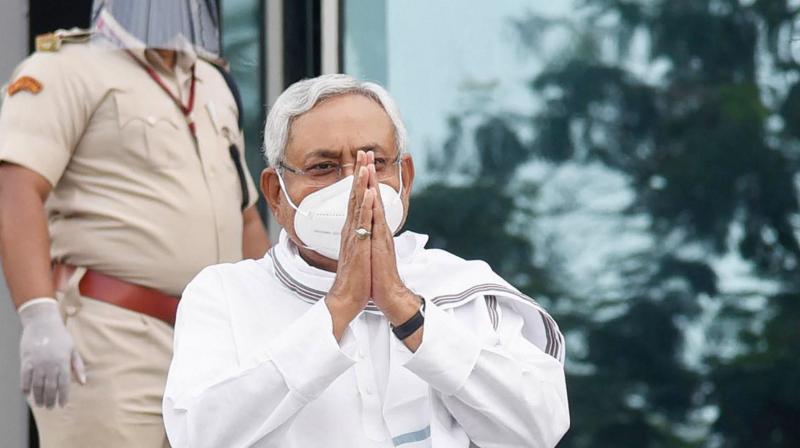 Bihar CM Nitish Kumar outside the Vidhan Bhavan before the start of the session. (PTI)

Patna: Bihar government on Tuesday recommended a CBI probe into the death of Sushant Singh Rajput after the deceased actor’s father KK Singh made a formal request regarding the issue.

“The state government recommended a CBI probe into the death of Sushant Singh Rajput after his father spoke to the DGP," Bihar CM Nitish Kumar said.

The move comes amid ongoing tussle over the jurisdictional issue between Maharashtra and Bihar Police. Bihar CM Nitish Kumar and DGP Gupteshwar Pandey had earlier expressed displeasure over the mistreatment of Patna police who have been sent to Mumbai to probe the case.

IPS officer Vinay Tiwary, who had landed in Mumbai on Sunday to supervise the ongoing investigation by the Bihar police, was forcibly placed under home quarantine by the BMC authorities. The development was termed as “inappropriate” and “unfortunate” by the Bihar CM.

“They are not responding to our repeated messages and phone calls. In a way, they have announced that they will not let us work there. I have not seen this kind of non-cooperation in my entire career," DGP Gupteshwar Pandey said.

While backing Nitish Kumar’s recommendation to hand over Sushant Singh Rajput’s death case to the CBI, the Bihar DGP also said that the state police would lodge a formal protest with the BMC authorities over placing IPS officer Vinay Tiwary under forcible home quarantine.

The alleged mistreatment of the Bihar police team in Mumbai had snowballed into a political controversy. The issue was also raised by political leaders, including BJP MLA and the late actor’s cousin Neeraj Singh in the state Assembly on Monday.

However, on Tuesday after Bihar CM announced his decision to recommend a CBI inquiry into the case, leader of the Opposition Tejashwi Yadav claimed that his party RJD was the first party to raise the issue forcefully in the state Assembly and said that “a court-monitored CBI probe would be better”.

The Bihar police had launched an investigation last month after Sushant Singh Rajput’s father lodged an FIR against actress Rhea Chakraborty, her family members and six others for abetment of suicide of his son and fraud.