2 convicted for 2007 twin blasts in Hyderabad, sentencing on Monday 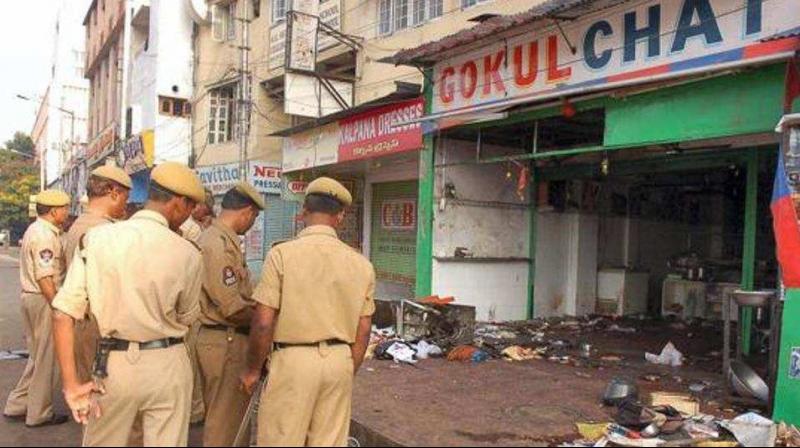 Two people have been convicted for twin blasts in Hyderabad in 2007. (Photo: PTI)

Hyderabad: Two people have been convicted for twin blasts in Hyderabad in 2007.

Mohammed Akbar Ismail Chowdhari, Aneeq Shafique Sayeed have been convicted by a court on Tuesday.

The sentencing will be announced on September 10.

The verdict was pronounced by the Second Additional Metropolitan Sessions Judge’s Court on Tuesday at a special courtroom set up in Cherlapally Central Prison.

The court had decided to give the verdict on the premises of the special court at the high-security jail, where the five arrested accused have been confined for the last three years.

All the five arrested accused were alleged Indian Mujahideen operatives.

Tarik Anjum is accused of giving shelter to the other accused after the blasts.

The near simultaneous blasts took place at the popular eatery Gokul Chat and at the open air theatre at Lumbini Park, a few metres away from the state secretariat.