The youth, an MBA student from Katra University, had been working in a private company before he joined terror outfit Hizb-ul-Mujahideen. 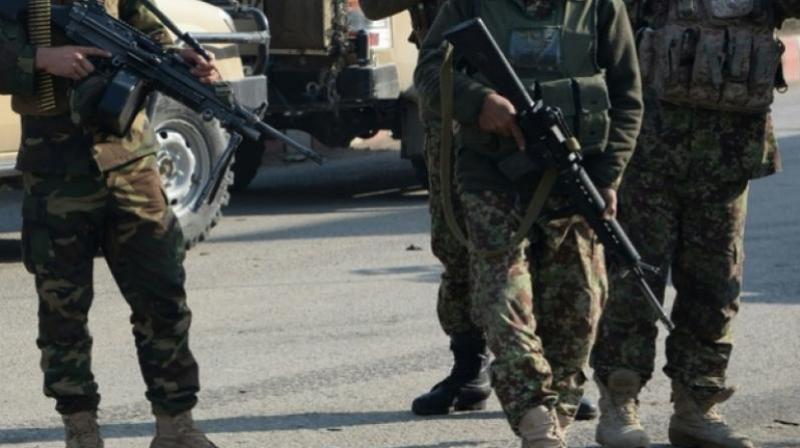 Haroon Abbas Wani's family was in shock when they saw pictures on social media of the youth holding AK-47 rifles and appealed to him to return home. (Representational | PTI)

Doda (Jammu and Kashmir): The family of a youth from Jammu and Kashmir's Doda district, who has joined a terror group, has appealed to him to return home and shun the path of violence.

The youth, identified as Haroon Abbas Wani, a Master of Business Administration (MBA) student from Katra University, was working in a private company. However, Wani joined the terror outfit Hizb-ul-Mujahideen on September 1.

Wani's family was in shock when they saw pictures on social media of the youth holding AK-47 rifles and appealed to him to return home.

Speaking to the media, Wani's uncle, Farooq Wani said, "We were in shock when we saw his pictures. Haroon was a brilliant student who completed his MBA from Katra University and was working with a private company in Jammu. We are not this kind of people. We request him to return home."

"He was never like that. What he has done is not right; the people who have kept him should send him. The real Jihad is to look after the parents in old age. He should look after his mother, she has been very ill," said another relative.

Militancy has been prevalent in the valley since the late 1990s, with youth picking up arms in the name of fighting oppression by the Indian Army.

In July, 25-year-old Abid Hussain Bhat, who also belongs to Doda, reportedly joined militants ranks, two months prior to which a student of Class 10 belonging to Khanyar locality of the Kashmir Valley also joined militancy.