India   All India  04 Sep 2018  Poetry: Memory of man and its permanent museum
India, All India

Poetry: Memory of man and its permanent museum

Poetry has been one of the most ancient creative channels for man. 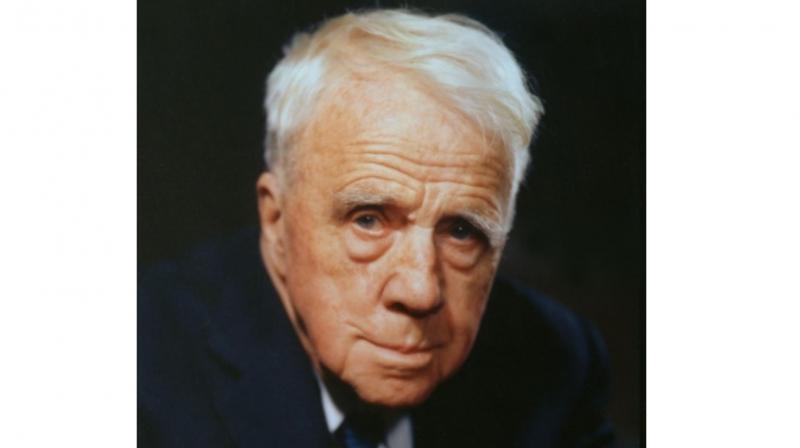 Every man is born an artist. The problem, in the words of the famous painter Pablo Picasso, is how to remain one as one grows up. An expressive artist shapes his creative vision through a medium which gives expression to his creative impulse. This may be poetry, painting, sculpture, music, architecture, and many other visual arts that the ingenious human mind has given birthto... Associated with each medium are certain nuances.

These may be motifs and metaphors or metrics and mechanics. Each art has a calculus in which the art has to be moulded. We can effectively call it grammar. Grammar is well prescribed in some cases and loosely in others. But it is always there. Then there are the tones, the colours and the texture which give depth, meaning and resonance to the art. All artists have a common lexis in which their real passport is their art as they move through the doors of a borderless world.

Poetry has been one of the most ancient creative channels for man. Even before the invention of the written method of communication, the oral tradition sustained the creative output of man. With the birth of writing came the efflorescence of poetry. It became the vehicle of expression for all great men, philosophers, saints, savants and even kings.

All great epics are wonderful specimens of poetry. As the great poet Octavio Paz says, “The relationship between man and poetry is as old as our history; it began when human beings began to be human … as long as there are people there will be poetry.” The great Greek philosopher Socrates said, “The orator speaks like a learned man, while the poet speaks like God.” The Dutch philosopher Benedict Spinoza confirmed what Plato said. “The poet spea-ks the language of God.”

Forty years ago T.S. Eliot warned that a nation which ceases to produce poetry would in the long run cease to be able to enjoy and even understand the great poetry of its own past. In the famous words of Pablo Neruda, “Poetry is a deep inner calling in man; from it came liturgy, the psalms and also the content for religions… Today’s social poet is still a member of the earliest order of priests. In the old days, he made his pact with the darkness and now he must interpret the light.”

Poetry is a unique possession of humanity. It manifests itself memorably and defines the essence of humanity. Language is perhaps the only infinity given unto man and poetry has survived as his inalienable mother tongue. We speak to the present, to the dead and to the posterity through poetry. It invariably brings us in the neighbourhood of the other. It liberates us from the clutches of the routine, the predetermined and the predictable. It connects ‘here’ and ‘there’, the ‘now’ and the ‘eternal’, the ‘ephemeral’ and the ‘lasting’: it locates us in time and space and yet takes us beyond them. It roots us in history and yet it frees us from historical inevitability. When all the doors are closed on humanity, poetry, even at the risk of its existence, keeps a door open, may be ‘a half-open door,’ in the words of Tomas Transtromer, ‘leading to a room for everyone.’

We are now in the twenty-first century and in spite of all its disasters and mass annihilations humanity has survived. Poetry is the most incontrovertible evidence of the human will to survive. It stands by man alone — man is the sole objective of poetry. Not that poetry has suffered from self-doubts and crises. The totalising forces of our age have tried to ignore its voice.

It has suffered suppression and marginalisation. Risking being alone, poetry has stuck to its moral resolve to defend and protect the identity, dignity and inviolability of man. Perhaps it could be asserted that in our time politics, religion, science, and technology have all betr-ayed man and that poetry alone has stood by man as its permanent addressee. Man is the sole objective of poetry. The great poet is thus a solitary figure. He has, as Frost said, “a lover’s quarrel with the world.” In pursuing his perceptions of reality, he must often sail against the currents of his time. There is a determined eagerness to charm in lines like these of Frost: Poetry is the memory of man and also its permanent museum without walls. In it we secure much which would otherwise be destroyed or would wither away.

By causing language to exist where none existed before, poets, in the words of Kofi Awoonor “look for new homes every day.” The poetic voice is always busily synthesising: hungrily, alm-ost anxiously, trying to relate each subject of observation to some other force, phenomenon, or abstract — to find the links between self and community, past and present, inspiration and its source, leaf and star, all folds and furrows of the microcosm. The freedom of the poet, even after he passes through a lifetime of hardships and character-moulding experiences, still imbues his poems with crystalline transparency, beauty and goodness. At this point, form and language — which have for countless poets proved a fatal quagmire — become unbelievably natural and appr-opriate, and a hitherto unseen brilliance and allure appear to lend the poems refreshing vigour. Poetry speaks the same language in war as it does in peace. It has the same cadence in raging tidal storms as in tranquil waters. Its beauty and resonance remains the same, be it the soft winter spring or the sharp autumn frost. Poetry, with its strong life force and its sheer power, is like prophecy.

It precedes painting, music, dance, fiction and drama in announcing the advent of new eras, new patterns of thought, new historical currents. In fact, poetry is the soliloquy of that creature most sensitive to and most fiercely desirous of freedom — the poet.

The poet’s thirst for freedom and his avid pursuit thereof have bestowed on poetry vitality and refreshing vigour. Poetry is impatient with tradition, unwilling to tolerate any form of binding or control. It must innovate, and therefore it is always the first to shed conventions, always the first to abandon set forms, always the first to redefine paradigms and the flag bearers of avant-garde, always the first to illustrate for us the state of prison within which we exist but which the vast majority of us have never noticed, or paint for us a picture of human ideals, freedoms so glorious we would never dare imagine them on our own All great poets down the ages have held on bravely to these ideals despite the incarceration and torment they had to face for their boldness.

Today, the poetry of the world is the trustworthiest chronicle of man, of his anxieties and visions, of his sufferings and joys — of his dreams and responsibilities. Poetry sensitises the netherworld of objects, questions the new architectures of self and imparts new sensuousness to language. In the words of Czeslaw Milosz poetry dreams reality and “no one believes it is happening now.” In a world being rendered almost totally explicable and comprehensible, it is poetry which surprises us by its discoveries, its ever lively sense of mystery of the universe, its attempt to restore the mysterious, to rehabilitate the sacred and to reiterate the abiding reverence for all life.