PM recalled how he and Putin, during their first meet, discussed not only issues relating to countries, but talked about their hobbies too. 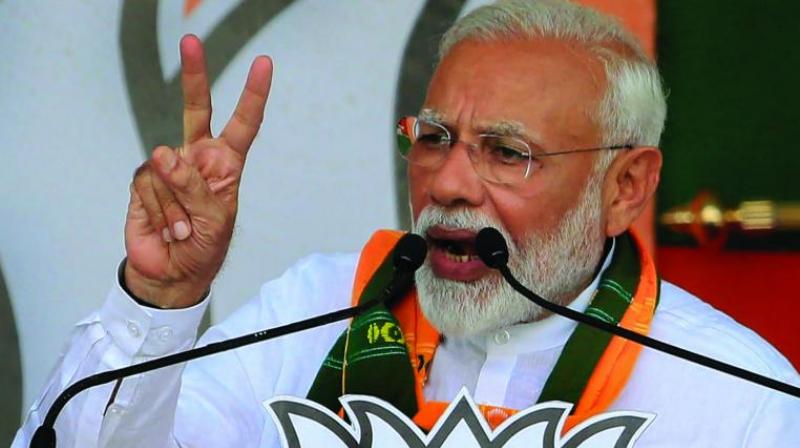 Modi arrived in Vladivostok on Wednesday to participate in the 20th India-Russia annual summit and the fifth meeting of the Eastern Economic Forum (EEF). (Photo: ANI)

New Delhi/Vladivostok: Prime Minister Narendra Modi, who is on a two-day visit to Russia, has said that the trip would give “a new direction, new energy and new speed” to relations between the two countries.

Modi arrived in Vladivostok on Wednesday to participate in the 20th India-Russia annual summit and the fifth meeting of the Eastern Economic Forum (EEF).

In an interview to Russia’s state-run TASS news agency, Modi said, “Over the past 20 years, relations between India and Russia have made great progress. But the greatest achievement is trust, which in itself is of very great importance.”

Recalling his first meeting with Putin in 2001, he said, “Then (in 2011) I arrived in Moscow with the then Prime Minister Atal Bihari Vajpayee. I was the chief minister of Gujarat and this was our first meeting. But Putin did not at all make it clear that I am less significant, that I am from a small state or that I am a new person. He treated me as friendly as his own. As a result, the doors of friendship were open.”

Modi recalled how he and the Russian president, during their first meet, discussed not only issues relating to the two countries, but also talked about their hobbies and world problems.

“Putin is a very open person. He speaks directly and expects him to speak directly and clearly. Therefore, we communicate without any “but” and “if”. We clearly understand that President Putin thinks so. Therefore, it is very easy for me to express my opinion to him,” Modi said.

PM Modi added that India and Russia have similar opinions on almost all issues on the international agenda.