Hanjura, Naeem Akhtar released videos via social media showing how they were prevented from leaving their homes by the police 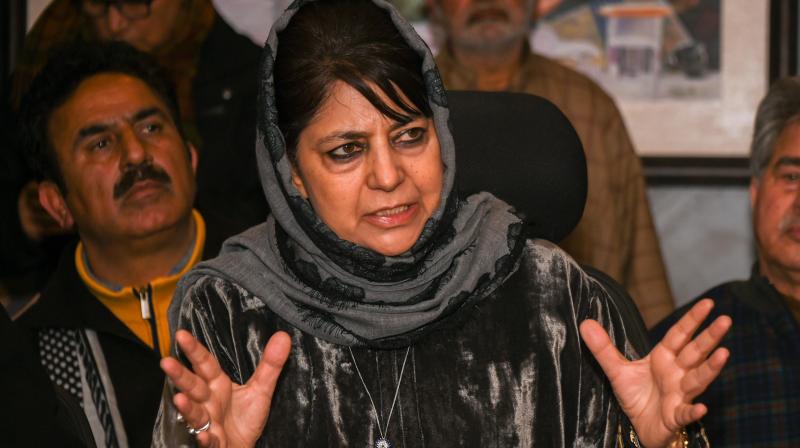 Srinagar: The Jammu and Kashmir authorities on Thursday thwarted People’s Democratic Party leaders’ attempt, the first in 13 months, to meet at the party headquarters here to discuss the political situation in the erstwhile state and other “important issues”.

The meeting was convened by PDP general secretary Ghulam Nabi Lone Hanjura, who in an open communiqué to senior leaders and office-bearers earlier this week, said “a threadbare discussion would be held on the prevailing political situation and general party affairs”.

However, the police neither allowed him nor any others to go to the PDP headquarters at Emporium Lane along Srinagar’s Residency Road from their residences. Hanjura and another senior leader Naeem Akhtar released videos via social media showing how they were prevented from leaving their homes by the police.

Hajura asked, when contacted over the phone, why only PDP leaders were not being allowed to meet, were under house arrest and its president Mehbooba Mufti was still detained under the stringent Public Safety Act, recently extended for another three months. “Evidently, the government is afraid of us and all its claims that there are no curbs on people’s liberty are a farce.”