India   All India  04 Sep 2020  Situation at LAC tense, jawans ready to deal with all challenges: Army Chief
India, All India

Situation at LAC tense, jawans ready to deal with all challenges: Army Chief 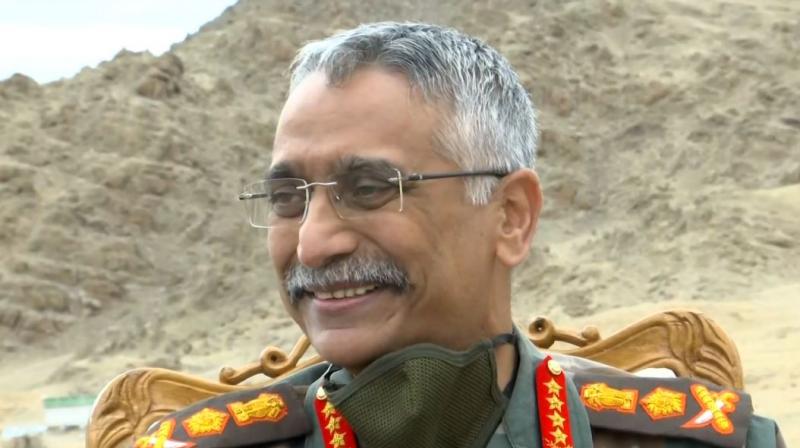 Ladakh: Situation with China has been tensed and India is continuously engaging with them at the military and diplomatic level, said Army Chief General MM Naravane on Friday, who is visiting Ladakh to review the situation amid the ongoing border tension.

"Situation has been little tensed for the last two to three months. We have been continuously engaging with China both at the military and diplomatic level. These engagements are ongoing and will continue in the future as well. We are very sure that through this medium of talks, whatever differences we have, will be resolved and we will ensure that status quo is not changed and we are able to safeguard our interests," Naravane told ANI in an exclusive interview.

He underlined that some precautionary deployment for the safety of Indian troops have been undertaken for safety and security.

"Keeping in view of the situation, we had undertaken some precautionary deployment for our own safety and security. These deployments we undertook along the LAC (Line of Actual Control)so that our security n integrity remains safeguarded," General Naravane stated.

He underscored that the morale of the jawans present in the region is high and they are prepared to deal with any situation.

"I visited different places after reaching Leh. I talked to officers, JCOs (Junior Commissioned Officer) and took stock of preparedness. I took a first-hand situation on the ground. The morale of jawans is high and they are ready to deal with all challenges," Naravane said.

On the intervening night of August 29-30, the Indian Army thwarted an attempt by the Chinese Army to transgress into Indian areas near the southern bank of Pangong Tso near Chushul in Ladakh.

India and China are engaged in a standoff since April-May over the transgressions by the Chinese Army in multiple areas including Finger area, Galwan valley, Hot springs and Kongrung Nala.

The situation worsened after 20 Indian soldiers were killed in violent clashes with Chinese troops in Galwan valley in June.

The talks between the two sides have been going on for the last three months including five Lieutenant General-level talks but have failed to yield any results, so far.