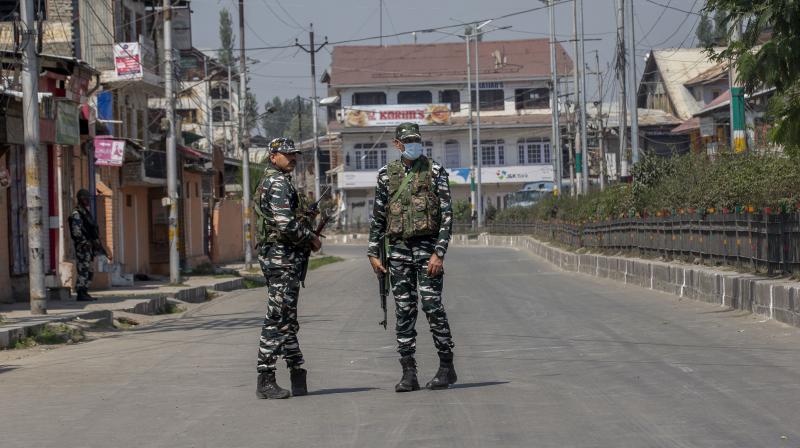 Srinagar: Restrictions on assembly of people remained in force in most parts of Kashmir Valley after the death of hardline separatist leader Syed Ali Shah Geelani while mobile Internet services were suspended on Saturday morning after being restored the previous night, officials said.

Geelani, 91, died at his home in Srinagar on Wednesday night after a prolonged illness. The pro-Pakistan separatist leader, who spearheaded separatist politics for over three decades in Jammu and Kashmir, was buried at a mosque near his residence.

Following his death, restrictions were imposed in the Valley as a precautionary measure.

Restrictions on assembly of people remained in force in most parts of the valley but curbs on movement have been eased in some parts, the officials said, adding the curbs were in place in Srinagar's Downtown (old city) and Hyderpora, the native area of Geelani.

Roads leading to Geelani's residence here remained sealed with barricades put up to stop the movement of people, the officials said.

Security forces have been deployed in strength in the city and elsewhere to maintain law and order, they added.