On Tuesday, three militants entered the 182nd Batallion of the Border Security Force (BSF) camp near the Srinagar Airport. 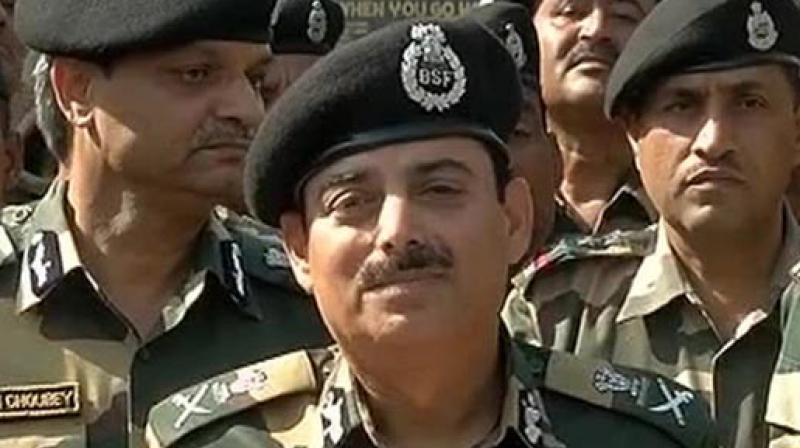 Praising BSF personnel for averting a tragedy, Sharma said that a serious attack was averted by the soldiers. (Photo: ANI)

"As long as our 'friendly neighbour' does not behave, I think we will expect to have many more attacks," Sharma told media here after participating in the wreath laying ceremony for BSF officer B K Yadav who was martyred in Tuesday's attack on a BSF camp near Srinagar airport.

Sharma said, "We think the terrorists were targeting arms and ammunition stored at the BSF camp," he said.

Praising BSF personnel for averting a tragedy, Sharma said, "A serious attack was averted by our boys. It is an example of the BSF's discipline, training, and bravery."

"Fidayeens cannot be stopped from coming, so the response is important; Without causing collateral damage and without causing much harm to our own forces, we were able to neutralise. BSF has done a good job," Sharma added.

On Tuesday, three militants entered the 182nd Batallion of the Border Security Force (BSF) camp near the Srinagar Airport outside the Air Force station Gogo Humhama at 4:15 a.m.

BSF officer B. K. Yadav was martyred in the encounter. The terrorists were also eliminated.