India   All India  04 Oct 2017  Pak violates ceasefire along LoC in Poonch for 3rd day, ops on
India, All India

Pak violates ceasefire along LoC in Poonch for 3rd day, ops on

The Pakistan Army initiated unprovoked and indiscriminate firing of small arms, automatics and mortars from 8:45 am in Poonch Sector. 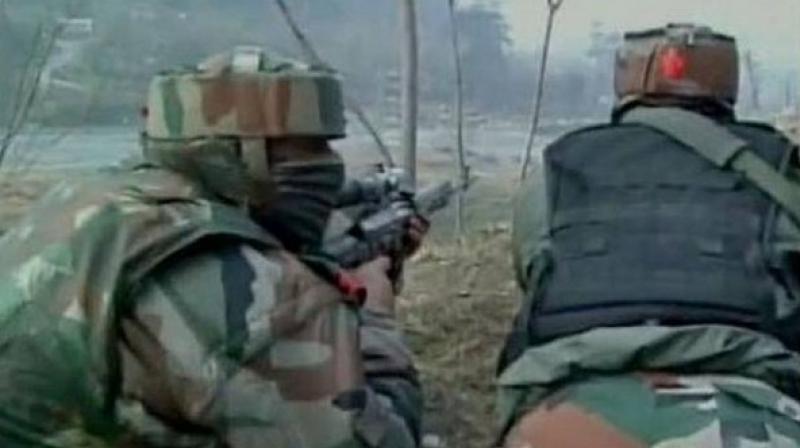 Poonch (Jammu and Kashmir): Adding to the series of ceasefire violations, Pakistan on Wednesday morning resorted to unprovoked firing along the Line of Control (LoC) in Digwar Sector of Poonch District in Jammu and Kashmir.

The Pakistan Army initiated unprovoked and indiscriminate firing of small arms, automatics and mortars from 8:45 am in Poonch Sector.

As per latest reports, the Indian Army is retaliating strongly and effectively. Firing is still on.

Earlier on Monday, three minors were reportedly killed and eight others civilians were injured as Pakistani troops resorted to mortar shelling, besides small and automatic weapons fire at various places along the LoC in Poonch district.

Pakistan has violated ceasefire a number of times in the last few months. Last week, Pakistani troops had opened fire in the Poonch and Bhimbher Gali Sectors.

On Tuesday, a Border Security Force (BSF) Camp near Srinagar Airport was attacked by three terrorists.

The terrorists were gunned down by the security forces during an encounter by the 182nd Battalion of the BSF located near the Airport and Air Force Station Gogoland.