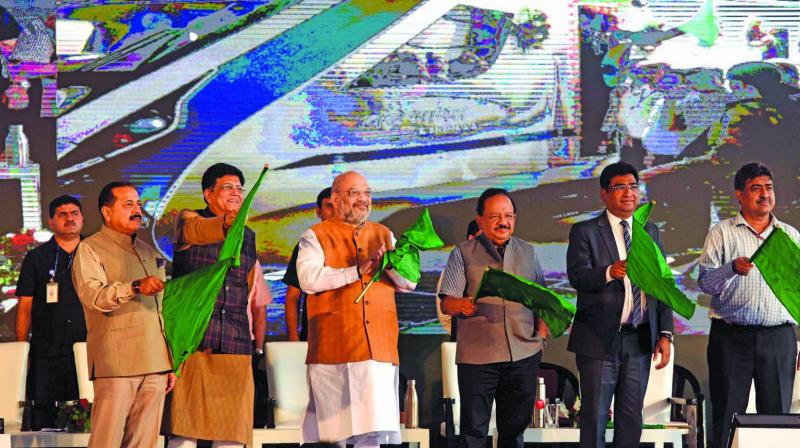 New Delhi: Plastic bottle crusher machines, a spacious pantry with a deep freezer, revolving seats and cattle guard are some of the features that define the Delhi-Katra Vande Bharat Express, which was flagged off on Thursday.

The train to Shri Mata Vaishno Devi in Katra will be running at a maximum speed of 130 km/hour and will cover the distance in eight hours, cutting the travel time by four hours.

He said the number of machines might be increased depending on the space. The train has revolving seats that be turned around to 180 degrees, 16 air conditioned coaches, including two executive class coaches and sensor doors that connect the coaches.

The train has continuous windows and the glasses have been provided with anti-spall films, the official said. Anti-spall films are a protective coating specifically designed to protect the window panes from the elements and protect passengers from any fragmentation.