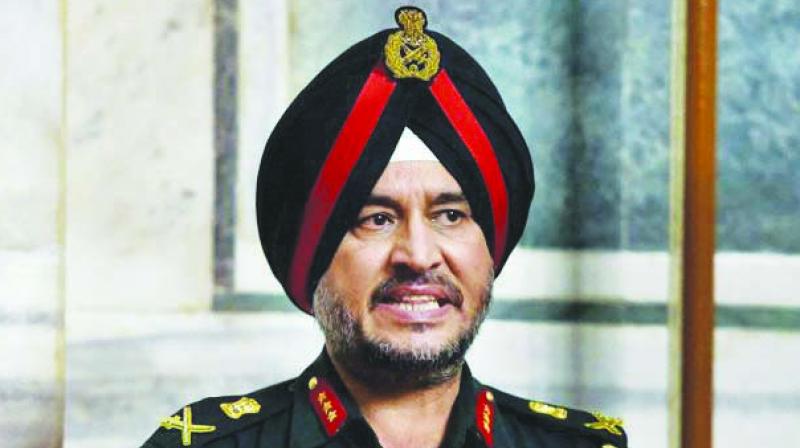 Lt Gen Singh was accompanied by White Knight Corps Commander Lt Gen Paramjit Singh Sangha during his visit to forward posts along the Line of Control (LoC) in Rajouri sector to review the operational preparedness and prevalent security situation, they said.

Pakistan army resorted to heavy weaponry firing and mortar shelling targeting dozens of villages along the Indo-Pak border in Rajouri, Poonch and Kathua districts of Jammu and Kashmir Wednesday night, which continued till Thursday morning.

The officials said the Army Commander was briefed by commanders on ground about the current operational situation along the LoC and the preparedness in dealing with the emerging security situation.

Lt Gen Singh was appraised of increased ceasefire violations by Pakistan since August 5, especially targeting of civilian population, they said.

The Army Commander was briefed about the swift and effective counter measures being taken by the formation. He was also briefed on the counter infiltration actions taken through superior and aggressive domination of the LoC, the officials said.

Lt Gen Singh also visited Counter Insurgency Force (Delta) where he was briefed about the recent successful encounter at Batote in which three hardcore terrorists of Hizbul Mujahideen were killed, they said.

The Army Commander awarded on the spot commendation to three soldiers for their gallant action during operation Tri Shakti at Batote on September 28, they said.

He complimented the formation for the admirable work being done both at the LOC and the hinterland. He was also appreciative of the synergy between security forces and the civil administration in maintaining a peaceful and conducive environment in the area of responsibility, the officials said.

The Army Commander also appreciated the "MissionReachOut" initiative wherein the local populace in various areas of the White Knight Corps Zone are being provisioned amenities, medical assistance and connectivity, they said.

He interacted with the troops and complimented them for their unwavering devotion to duty and high standard of professionalism. He exhorted all ranks on the need to remain vigilant to counter the nefarious designs of the adversary and directed that the response should be strong and effective, the officials said.