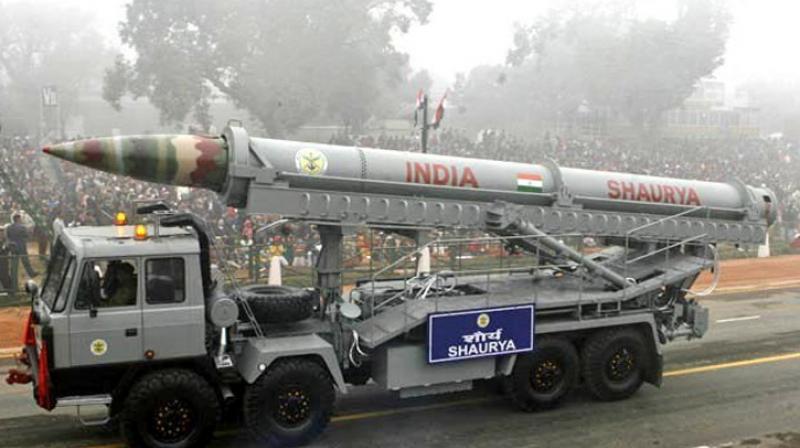 The test was carried out by the Defence Research and Development Organisation (DRDO) from a defence facility off Odisha coast, said reports.

The 10-metre-long nuclear-capable Shaurya missile has a strike range of around 800 kilometres.

Capable of carrying a payload of up to one tonne, the missile is a land variant of K-15 SLBM (Submarine-Launched Ballistic Missile)  and can be stored in a composite canister, said sources.

The missile is less vulnerable to anti-ballistic missile defence systems due to its high manoeuvrability, added sources.

The test-flight of Shaurya missile comes just a couple of days after the country successfully test-fired an extended range version of surface-to-surface supersonic cruise missile BrahMos off Odisha coast. The missile was tested on September 30 from Chandipur Integrated Test Range (ITR) at 10.30 AM in Balasore district, nearly 250 km from here.

The extended version of BrahMos is capable of hitting targets at more than 400-km range. The airframe and booster of this missile has been developed indigenously. The missile can be launched from submarines, ships, aircrafts, as well as from land platforms.

BrahMos is regarded as the fastest supersonic cruise missile in the world. It is operational with Indian Army, Navy and Air Force.