India   All India  04 Oct 2020  No First Use of nuclear bomb, reiterates India; also bats for global elimination of nukes
India, All India

No First Use of nuclear bomb, reiterates India; also bats for global elimination of nukes

India's reiteration of its nuclear doctrine is significant given the situation it has now found itself. 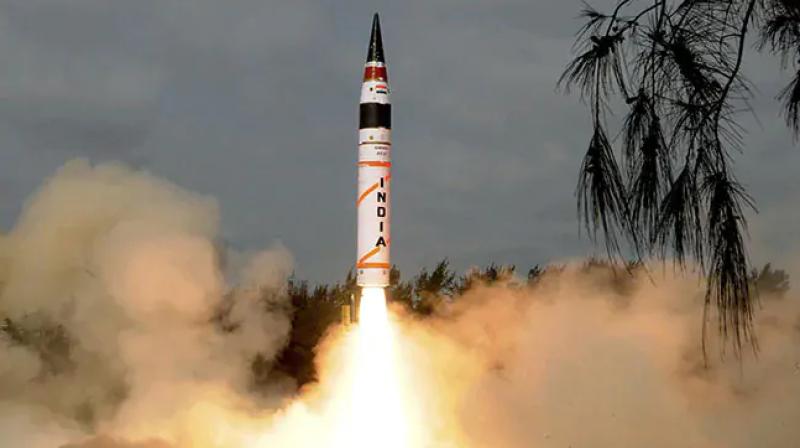 New Delhi's position was reiterated by Foreign Secretary Harsh Vardhan Shringla at the "High-level Meeting to Commemorate and Promote the International Day for the Total Elimination of Nuclear Weapons".

India's reiteration of its nuclear doctrine is significant, as it comes at a time when the armed forces are on alert at the borders, both at the LoC with Pakistan and the Line of Actual Control (LAC) with China, and also in readiness for any contingency to face a “two-front war”, a euphemism for a hypothetical Sino-Pakistani joint attack on India. Both these neighbours also possess nuclear weapons.

Foreign Secretary Shringla said, “India espouses the policy of "No First Use” against nuclear weapon states and non-use against non-nuclear weapon states. India reiterates its long-standing and unwavering commitment to universal, verifiable and non-discriminatory nuclear disarmament leading to the complete elimination of nuclear weapons, in line with the Final Document of the First Special Session of the UN General Assembly on disarmament (SSOD-1).”

"We believe that nuclear disarmament can be achieved through a step-by-step process underwritten by a universal commitment and an agreed multilateral framework. India remains convinced of the need for meaningful dialogue among all States possessing nuclear weapons, for building trust and confidence," he added.

The Foreign Secretary also reminded the international community that India has been tabling an annual resolution in the UNGA on ‘Reducing Nuclear Danger’ since 1998. The annual resolution calls for immediate and urgent steps to reduce the risks of unintentional and accidental use of nuclear weapons, including through de-alerting and de-targeting.