In June 2002, after a direction from the Odisha high court the probe into the alleged Rs 40-crore Steel Bond scam was given to the CBI. 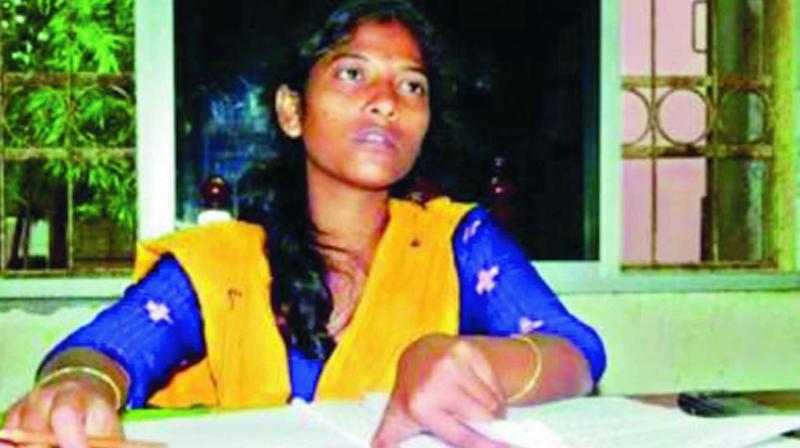 Teacher Itishree Pradhan whose murder has remained a mystery.

Bhubaneswar: A number of tricky, politically sensitive and unsolved cases in Odisha are posing a challenge for premier central investigating agency Central Bureau of Investigation (CBI) which was handed over the task, in some matters almost two decades ago, to crack cases in which state government investigators failed to make headway.

Since 2000, the CBI has taken over four key cases — steel bond scam, Mahatma Gandhi National Rural Employment Guarantee Act (MGNREGA) scam, chit fund scam and woman teacher Itishree murder case. Surprisingly, in all these cases, the agency has not only “failed” to nail the culprits.

In June 2002, after a direction from the Odisha high court the probe into the  alleged Rs 40-crore Steel Bond scam was given to the CBI.

However, no breakthrough has been achieved yet. Most accused bureaucrats, who were a part of a committee that had illegally facilitated release of Rs 17 crore loan to a Mumbai-based private to steel producer, have continued to enjoy their freedom all this while.

Steel Bond was a corpus fund raised by the former Biju Patnaik government (1995-1999) to provide support to the prospective steel producers to invest in Odisha so as to create employment.

As the steel producer defaulted in loan and interest repayment, the debt accumulated to Rs 40 crore by 2002. This was the first case given to CBI by the Naveen Patnaik government that came to power in 2000.

On May 12, 2011,  while hearing a petition filed by non-profit entity Centre for Environment and Food Security (CEFS), the Supreme Court had directed the CBI to probe the alleged corruption in implementation of the Mahatma Gandhi National Rural Employment Guarantee Act (MGNREGA)

The CEFS had pointed out that while some northeastern states and Andhra Pradesh did a good job in implementing the rural employment scheme, states like Odish were far behind.

“We are constrained to observe that the Union of India as well as the state of Odisha, prima facie, have failed to effectively and purposefully implement the provisions of the Act. This has resulted in the deprivation of the entitled class from getting employment and receiving the allowances due to them in terms of the statutory guarantees available to them under the Act,” the apex court had then observed and handed over the case to CBI for investigation.

In February 2012, the CBI placed before the Supreme Court its report on the investigation into the alleged corruption in utilisation of Central funds in six districts in Odisha. The case is still pending in SC for disposal.

“In our petition we had contended that MGNREGA money was looted by officials under patronisation of top officers by maintaining false muster rolls. The CBI, during its investigation, could not trace the fake persons because some witnesses were bribed by officials to hide the truth. It is the responsibility of the CBI to expose those fake beneficiaries and the officers who siphoned off the MGNREGA funds by maintaining false muster-rolls,” said Parsuram Ray, director of CEFS.

In 2007, CEFS had conducted a survey in 100 villages of Odisha’s backward districts and found that out of Rs 733 crore spent under MGNREGA during 2006-7, over Rs 500 crore was siphoned off and misappropriated by government officials of the executing agencies.

In the multi-crore chit-fund scam, although CBI arrested a BJD Lok Sabha member Ramchandra Hansda, two of its sitting MLAs - Pravat Tripathy and Pravat Biswal - some influential people, including a few former ministers, allegedly involved in irregularities are yet to be brought into the ambit of investigation.

On November 24, the CBI filed a closure report in the Supreme Court in the woman teacher Itishree Pradhan murder case claiming that it could not trace the key accused. Leaders cutting across party lines had demanded strong action against the accused in the case.

Itishree, who had informed her top bosses and chief minister Naveen Patnaik through letters about the threat to her life from influential officers and politicians, was set on fire on Oct 27, 2013, allegedly by some unidentified persons against whom she had brought sexual harassment charges.

The teacher had even mentioned names of some persons in her dying declaration recorded by police at a hospital in Visakhapatnam. Leaders of the BJP and Congress have called for reopening the case.

The CBI, which on January 20, 2015, took over the case, had examined several witnesses in the Itishree murder case but could not narrow down on the culprits. Senior BJP leader Bijoy Mohapatra said it was unfortunate that the CBI submitted a closure report in the Supreme Court before reaching a conclusion.

“In the history of CBI, definitely the closure of  the lady teacher murder case would be a blot. This is very unfortunate,” said Mr Mohapatra.

The Congress leader Niranjan Patnaiik said, “Who killed Itishree has become a mystery after CBI’s closure report. We demand reopening of the case.”