Former Assam Chief Minister Prafulla Kumar Mahanta called the Bill as an injustice to the people of northeast. 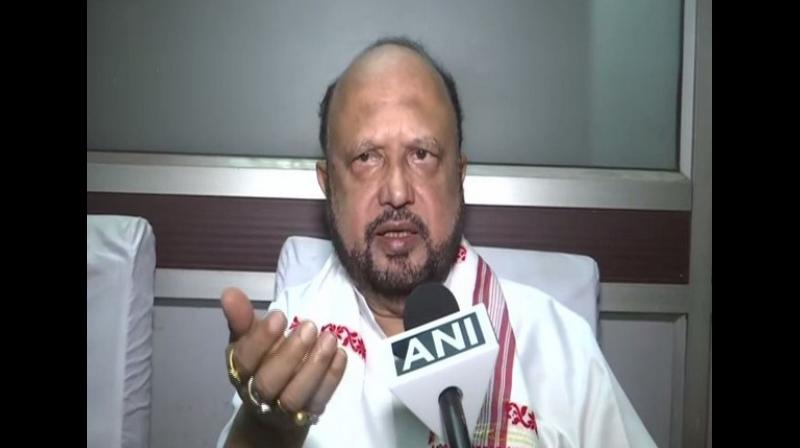 New Delhi: Leaders of several political parties opposed the proposed Citizenship Amendment Bill (CAB) even as it was approved by the Union Cabinet on Wednesday.

Speaking to ANI on the issue, former Assam Chief Minister Prafulla Kumar Mahanta called the Bill as an injustice to the people of the northeast.

He further said that his party would protest against the Bill.

Assam Congress CLP leader Debabrata Saikia said, "Both are unconstitutional -- NRC and CAB. It is also in violation of Article 15 of the constitution and Assam Accord. We will oppose it tooth and nail."

Congress leader Ripun Bora said that the BJP government is going to bring the Bill keeping in mind its political interests. "This citizenship bill will not serve any purpose and it is unconstitutional. From the very beginning, we have been opposed it and we will oppose this time also," he said.

"I congratulate Amit Shah for the bill. Assam CM and other parties and organisation are together to protect Assam from illegal immigrants from Bangladesh," the BJP leader said.

The Citizenship (Amendment) Bill, 2019, seeks to provide citizenship to non-Muslims from Afghanistan, Pakistan and Bangladesh who faced persecution in their countries.