Patil, however, said the right to take decision in this connection rests with Chief Minister Uddhav Thackeray. 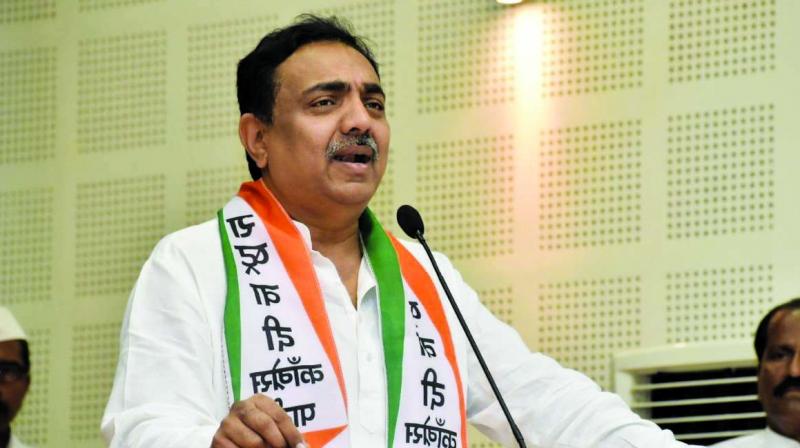 Mumbai: The Maharashtra Vikas Aghadi (MVA) government is in favour of granting relief to those who were falsely framed in cases related to the 2018 Koregaon-Bhima violence, state minister and NCP leader Jayant Patil said on Wednesday.

Patil, however, said the right to take decision in this connection rests with Chief Minister Uddhav Thackeray as portfolios are yet to be allocated to ministers. "We have received memorandums from several people claiming they were falsely framed in connection with the Koregaon-Bhima (violence). Such steps were taken in the past too," Patil told reporters here. "The government wants to see nobody faces injustice...the government does not want to trouble anyone...the government's view is to give relief to those who were falsely framed in cases," he added.

Patil said the government will not support anyone who played any intentional role in the violence that had erupted at Koregaon-Bhima village in Pune district on January 1, 2018, a day after alleged inflammatory speeches were made at a conclave, 'Elgar Parishad, organised to commemorate 200 years of a famous battle between the Peshwas and the East India Company. "But there is no need to create confusion and more importantly, I have not become the home minister of Maharashtra yet.

All the rights are with the chief minister till the portfolios are allocated," he said. Notably, NCP MLA Dhananjay Munde had on Tuesday demanded withdrawal of cases related to Koregaon-Bhima violence, claiming the previous BJP-led NDA government had slapped "false" cases against those named in the incident, including social activists.

In his letter to Chief Minister Uddhav Thackeray, Munde had also said the erstwhile government had "harassed" intellectuals, activists, social workers and ordinary citizens who had raised their voice against injustice, and had labelled several of them as "urban Naxals". The NCP is a key constituent in the Shiv Sena-led Maharashtra Vikas Aghadi (MVA) government, of which the Congress is also a part.

Opposition BJP has dubbed the NCP's demand for withdrawal of cases as a "blatant support to naxalism". Meanwhile, Patil said considering the economic status of Maharashtra works on the on-going infrastructure projects will not be stopped.

Hence, we will have to complete work on these projects. But we will lay emphasis on improving efficiency of the projects and reducing expenses on them," Patil added.