India   All India  04 Dec 2019  Journey of an acid attack survivor Anmol and how she inspires others
India, All India

It took one person to transform her life completely, now she aims to be 'that one' person to change lives of many with Likeedreams. 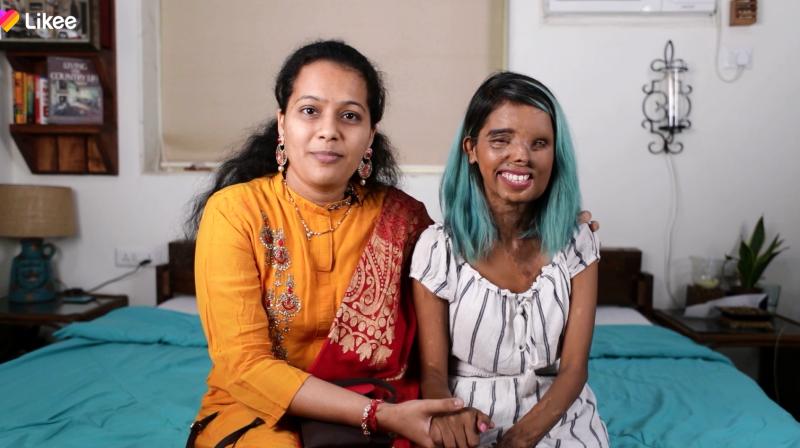 Anmol is also leveraging Likee and is inspiring others under #Likeedreams initiative.

Anmol Rodriguez, an acid attack survivor embraces Likee, the pioneering global short video creation platform from Singapore based BIGO Technology to share her life journey and inspire others around her. Ms Rodriguez is working her way up to become first commercial acid attack survivor model and is dedicating her life to uplift the spirits of acid-attack survivors. She has also founded an NGO called Acid Attack Survivor Sahas Foundation, focused on counselling and employment opportunity of survivors. To expand the reach of her message and mission further, Anmol is also leveraging Likee and is inspiring others under #Likeedreams initiative.

Anmol endured an acid attack by her father at the tender age of 2 months. Her father poured acid on Anmol and her mother intending to end their lives. While her mother succumbed to her grave injuries, the infant was left behind to face the world alone. Life, in general, became hard for Anmol, and she had to go through various surgeries to suppress the impact of acid on her body.

She had lost an eye and continues to live her life with a disfigured face. Ms. Rodriguez was sent to an orphanage where she spent her childhood with a hope to craft a better future. However, the impact of the trauma was much deeply felt by Anmol when the children of her age did not mingle with her. Throughout her life, many people kept at bay from her as she didn't meet the "beauty standards" as per the society. With the zeal to turn her life around, Anmol secured a job but later had to quit as she faced discrimination at work as well.

Disheartened, Anmol continued her education and eventually met a teacher who was not treating her differently. She was amazed to see her teacher - Kiran Gandhi's love and affection towards her, and it changed her perspective towards life. Her pain had lost its power on her, and her focus was reset to achieve her dream of becoming a model and to uplift others with positivity.

As a part of Likeedreams initiative, Anmol feels more empowered in reaching out to the youth of India via engaging videos. She is utilizing Likee to showcase her acting skills, modelling skills and also creates motivational as well as entertaining videos. She draws her inspiration from the love and affection that she receives on Likee platforms. Anmol believes that even if she can impact one person's life via her Likee videos, her efforts are worth employing. So far, Anmol has more than 42,000 fans and on an average receives 10,000+ likes on each Likee Video.

#Likeedreams is the theme of Likee's Creator Academy Season 4. Inspired by the Indian government's Skill India campaign, Creator Academy is a unique initiative of the platform to reach out to select, talented Likee users and train them in polishing their video-making skills. The Academy has completed three seasons of training in the past, and with Season 4 #likeedreams, the platform aims to reach out to Likee users from an underprivileged background to train them with professional video making skills. Available in different Indian languages such as Hindi, Tamil, Marathi, Telugu, Gujarati, Bengali, Kannada, Malayalam and Punjabi; Likee app provides the most extensive and innovative tools to users to create dynamic and engaging videos.