India   All India  04 Dec 2019  'P Chidambaram filed false cases against me during his tenure': Gadkari
India, All India

'P Chidambaram filed false cases against me during his tenure': Gadkari

The state will go for polling in the second phase on December 7. 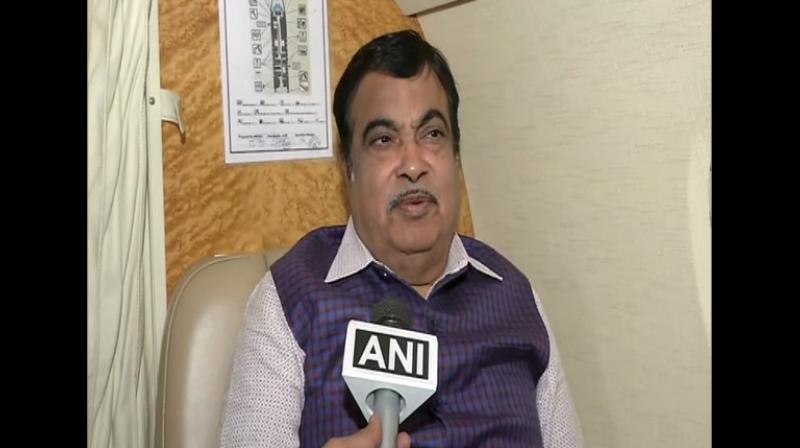 'For further development of Jharkhand, people will vote Chief Minister Raghubar Das back to power. There is no anti-incumbency wave, Congress has vanished from the state. JMM-Congress contesting together means, BJP is powerful,' Gadkari said. (Photo: ANI)

Ranchi: Union Minister Nitin Gadkari on Wednesday said that there is no anti-incumbency wave in Jharkhand and people will vote Chief Minister Raghubar Das back to power.

Talking to ANI, Gadkari also stated that Congress has vanished from the state.

"For further development of Jharkhand, people will vote Chief Minister Raghubar Das back to power. There is no anti-incumbency wave, Congress has vanished from the state. JMM-Congress contesting together means, BJP is powerful," Gadkari said.

There are 81 constituencies in Jharkhand, out of which 20 will go for polling in the second phase on December 7, while the counting of votes will take place on December 23.

Gadkari, on former Finance Minister P Chidambaram's bail in the INX Media money laundering case said that there is evidence for cases against the senior Congress leader.

Gadkari told ANI that Chidambaram filed false cases against him, Prime Minister Narendra Modi and Union Home Minister Amit Shah during his stint as Finance Minister under the Congress regime.

"There is evidence for the cases against him, there have been inquiries, now the matter is sub-judice and the court will take the decision," Gadkari said.

The Supreme Court granted bail to Chidambaram after 106 days today in the INX Media money laundering case registered by the Enforcement Directorate (ED).

A Bench of Justice R Banumathi, Justice AS Bopanna and Justice Hrishikesh Roy set aside the Delhi High Court's order which had refused to grant bail to Chidambaram.

The top court observed that Chidambaram shall not tamper with evidence and not influence the witness. He shall not give press interview and not make public statement with regard to this case.

On November 28, the top court had reserved the order on the petition filed by former finance minister Chidambaram, who is currently lodged in Tihar Jail.

The High Court had, on November 15, dismissed his bail plea and observed that prima facie allegations against him were serious in nature and he played an "active and key role" in the offense.

Chidambaram sought bail in a case pertaining to the Foreign Investment Promotion Board (FIPB) clearance given to INX Media to the tune of Rs 305 crore in 2007 during his tenure as the finance minister.

CBI had registered a corruption case in this regard in May 2017. Later that year, the ED also lodged a money laundering case.

The Congress leader was first arrested by the Central Bureau of Investigation (CBI) on August 21 in the INX Media corruption case but was granted bail by the Supreme Court two months later.

He was arrested by the ED in the money laundering case on October 16.