The students were rehabilitated in an adjoining school. 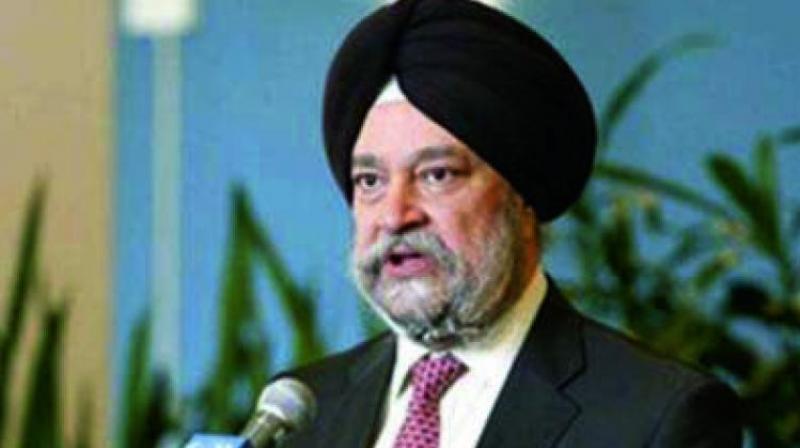 New Delhi: The government on Thursday informed Parliament that the four students who were allegedly displaced on account of the Delhi Development Authority’s recent anti-enchroachment drive in West Delhi, were rehabilitated in an adjoining school. Urban development minister Hardeep Puri, while intervening during a supplementary in the Question Hour in the Rajya Sabha, said the visually impaired persons were being used as ruse for those who were engaging in illegal activities in the school in order to lay a claim to that property.

“So, it is not correct to say that they were displaced from there. They had been offered alternate placement in a school for blinds and visually impaired in a nearby area,” informed Mr Puri. The question was asked to minister of state for social justice and empowerment Krishan Pal Gurjar, who said that he had no information regarding the issue but would inform the member, who had raised the issue, later. Earlier, many MPs expressed concern over the “forcible eviction” of blind students by the DDA.

Responding to other concerns of the members, Mr Gurjar said the government was sensitive to the cause of empowerment of the differently-abled. He said there was a backlog to the tune of 15,694 posts for them, which was brought down to about 1,000 by the government and work was on to fill up these jobs as well.

He said that the response was important and cited the example of the West Bengal government to say that it had not submitted a proposal for a key scheme for the disabled, whereas several other states had. Mr Gurjar also said that work was on to make 700 railway stations obstruction free for the movement of different-abled.

The government was also working on a universal I-card for  differently abled—applicable in all the states, he said.