Budget session to start on Jan 29, Budget to be presented on Feb 1

The first phase of the session will be from January 29 to February 9. After a recess, Parliament will meet again from March 5 to April 6. 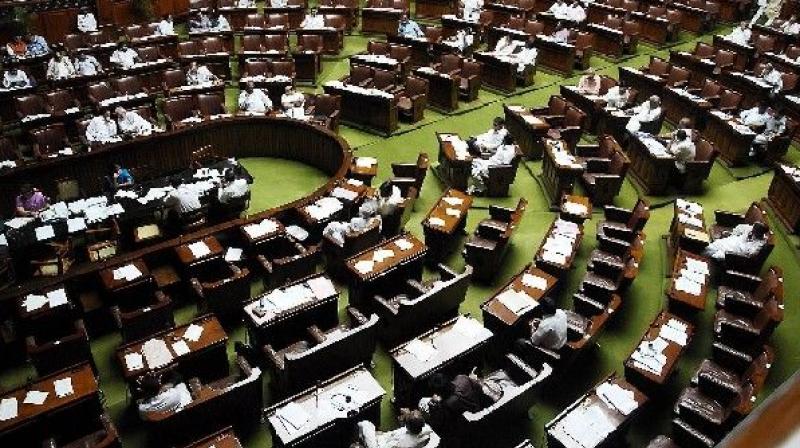 Budget 2018 will be presented by the Finance Minister Arun Jaitley for the fiscal year 2018-19. (Photo: File)

New Delhi: The Budget session of Parliament will commence from January 29 and the Union Budget will be presented on February 1, the Cabinet Committee on Parliamentary Affairs (CCPA) recommended on Friday.

President Ramnath Kovind will address the joint sitting of the two Houses on January 29 and the Economic Survey will be tabled on the same day, Parliamentary Affairs minister Ananth Kumar told reporters.

The first phase of the session will be from January 29 to February 9. After a recess, Parliament will meet again from March 5 to April 6, Kumar said.

The Recommendation of the session dates were made by the CCPA which met in New Delhi.

Budget 2018 will be presented by the Finance Minister Arun Jaitley for the fiscal year 2018-19.

This year's budget holds special significance as it will be the first budget after the Goods and Services Tax was implement by the Centre in 2017.

Apart from this, the 2018 budget will be Jaitley's last full budget ahead of the general election in 2019.

In 2017, for the first time, the budget was presented on February 1, as opposed to the last day of the month, as was the norm prior to that.

The government also scrapped the practice of a separate railway budget from last year.