While tightening immigration policies will hurt Indians, there will be a loss of income to the USA as well. 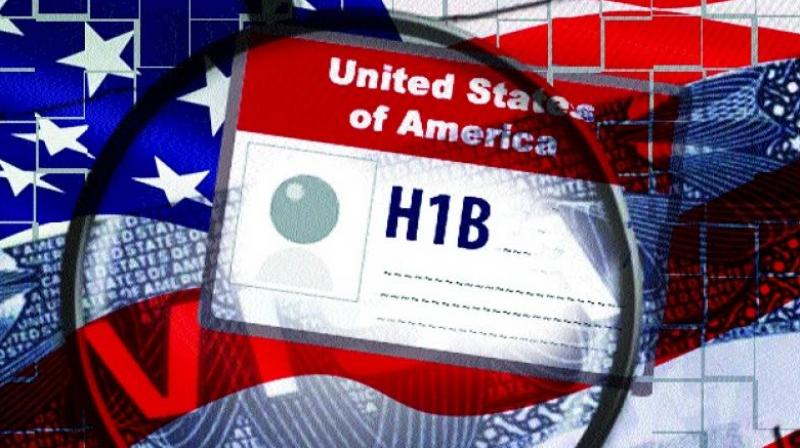 The impact will be felt most by Telugu speaking people as a large number of visas and green card applications are issued to people from Andhra Pradesh and Telangana.(Photo: File/Representational)

Hyderabad: The proposal being circulated in the Department of Homeland Security of the United States government to end the provision of granting extensions to H-1B visas holders waiting for their green cards (permanent residency in the United States), is causing some amount of insecurity among that section of the Indian diaspora. If the proposal goes through, it could put the visa status of between 5,00,000 and 7,50,000 Indians in jeopardy.

The impact will be felt most by Telugu speaking people as a large number of visas and green card applications are issued to people from Andhra Pradesh and Telangana. These two states send the most number of students to the US every year. Furthermore, when these students pass out of American universities, they prefer to work in the US rather than return to India.

K. Pradeep is a software engineer based in Chicago, who entered the US as a student. He does not think it’s time to press the panic button yet.

“As of now, no government agency has officially expressed the intention of deporting people. Immigration attorneys are key people who can educate and create an impact to a certain extent. However, people of Telugu origin are not getting much help from immigration attorneys. If the Indian government doesn’t intervene and lobby at the proposal level itself, it cannot be of much help at later stages.”

Techies in the US are certain that any law that the Trump administration will bring in cannot be done at the drop of a hat, but will take at least two years.

According to a widely circulated LinkedIn post among the Telugu diaspora by Rajiv Khanna, Managing Attorney of Immigration.com, discontinuing H-1B extensions beyond six years is easier said than done.

“The law that permits, in fact mandates, the availability of extensions beyond six years is clearly binding upon the Trump administration. The idea that is being floated that there are occasional uses of the word “may”, which permits the government to implement or not to implement the extension provisions is incorrect,” Khanna posted.

Taking away the H-1B extensions by Executive action is going to be extremely difficult if not impossible, he added.

Telugu diaspora keen on staying in US

The Telugu diaspora is keen on staying in the US. Jay Challa, head of the business group of the American Telugu Association, recently said that there are a lot of business persons from Andhra Pradesh and Telangana in the United States and the government will certainly not shut its doors completely to skilled labour, considering the fact that the country has to be economically competitive.

While tightening immigration policies will hurt Indians, there will be a loss of income to the USA as well. Many Indians are holding off making big investments like buying a house or investing in business until there is more clarity.

Lasya Reddy, whose green card is in the processing stage, said, “If this becomes a law, certainly I will be deported. However, I have a couple of years to get the next extension. While the fear is not as much as is being portrayed, there is a sense of insecurity among us. Most of us postponed our plans of purchasing a home as we will not be able to pay the mortgage immediately if something goes wrong.”

“This is going to be a slow poison. Every time a person goes for a visa, they are thoroughly scrutinised and there are a lot of factors based on which they get extension. There is a possibility that the extension for a lot of people will be stalled over the next two years. But deportation in one go may not happen, said P. Venkat, who works in Philadelphia.