Parrikar appealed that Goa be made plastic-free as 'it is the biggest problem anyone can face'. 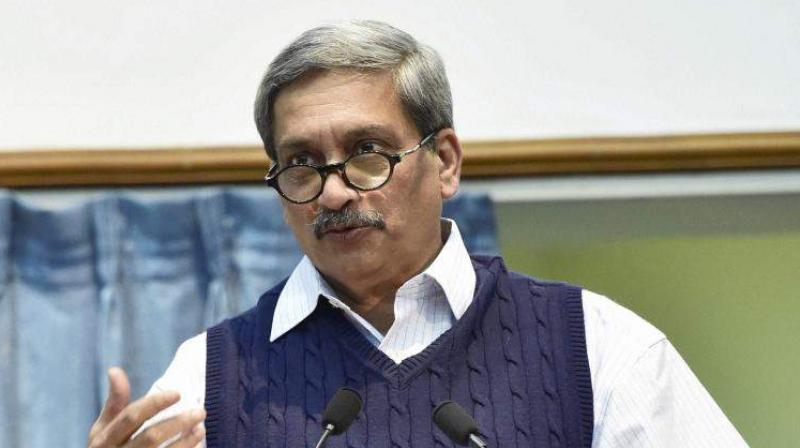 Parrikar said the proposed move would ensure that Goa would become free from the 'litter' of empty bottles which has been created by locals and tourists alike. (Photo: PTI)

Panaji: Goa Chief Minister Manohar Parrikar on Thursday said a new law will be enacted to make drinking in public places a punishable offence in the state.

Parrikar said the proposed move would ensure that Goa would become free from the "litter" of empty bottles which has been created by locals and tourists alike.

"May be give and take 15 days, end of this month or February, a new law will come into action which will make drinking alcohol in public a cognisable offence," Parrikar said after inaugurating the Organic Waste Management Facility in the state capital.

On the occasion, he listed out the measures to be undertaken to make Goa garbage-free.

Referring to the drinking in open places, the chief minister said the government would start taking action from February onwards against the violators (of law).

"We have been clearing off the bottles from the public places. Don't you have home to drink? Or hotel to drink? And even if you drink at least take back bottles," he said.

The CM said one can enjoy in Goa, but littering will not be permitted by his government.

The Solid Waste Management Corporation has been actively handling the issue of garbage, Parrikar said, adding that the first phase to ban plastic in the coastal state would begin from January 26 onwards.

"From January 26 (2018) onwards, we will take a comprehensive action against the littering which will be implemented from May 30 onwards. Between May 30 to December 19, 2018, a new legislation would be enacted towards the cause," he said.

"We will create facilities to treat garbage even at panchayat level. We are ready to increase the grants to panchayat by 4-5 times but at the same time they should perform," he said.

The CM said the panchayats that do not play their role in the garbage issue will have to face punishment.

Parrikar said people can still use degradable plastic carry bag which are made up from starch.

"This plastic dissolves in the Earth within 100 days and if stray cattle eats it, it is not harmful to them. The state will also implement a ban on the plastic packing material from December 19, 2018 onwards," he added.

Parrikar appealed that Goa be made plastic-free as "it is the biggest problem anyone can face".

"I have extensively witnessed problems caused due to plastic. If we have to move towards garbage-free Goa then we will have to eradicate conventional plastic. We will involve the community into it (eradication)," he said.

Parrikar said those dumping the construction debris along roads will face a stringent action from January 26 onwards which include confiscation of their vehicles and heavy penalties.