Will retaliate in equal measure: Army on Pak ceasefire violation

One officer, three jawans lost their lives after Pak initiated unprovoked and indiscriminate firing in Bhimber Gali sector on Sunday. 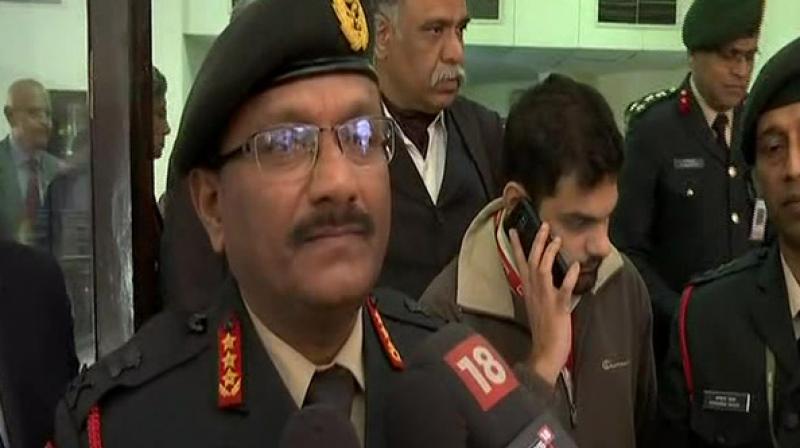 New Delhi: A day after four Army personnel lost their lives in a ceasefire violation by Pakistan in the Rajouri sector of Jammu and Kashmir, Vice Chief of Army Staff Lieutenant General Sarath Chand on Monday assured that India would keep giving a befitting reply.

Speaking to media, Lt Gen Chand said, "Pakistan army supports terrorist activities, infiltration. We have been responding appropriately and retaliating in equal measure. We will continue with our process of giving a befitting reply. Action will speak for itself."

One officer and three jawans lost their lives after the Pakistan Rangers initiated unprovoked and indiscriminate firing of small arms, automatics, mortars and missiles, in Bhimber Gali sector on Sunday.

Earlier on Monday, Minister of State (MoS) Home Affairs Hansraj Ahir said that India would not forgive Pakistan for the attack.

"We will not forgive Pakistan's actions. It will prove to be Pakistan's foolishness and will cost them dearly," Ahir said.

In the recent past, Pakistan has been resorting to unprovoked and indiscriminate firing along the Line of Control (LoC), killing and injuring Indian troops.