At the seminar, Mr Doraiswami pointed out, “Do we need a secretariat and a structure? Perhaps further down the road.” 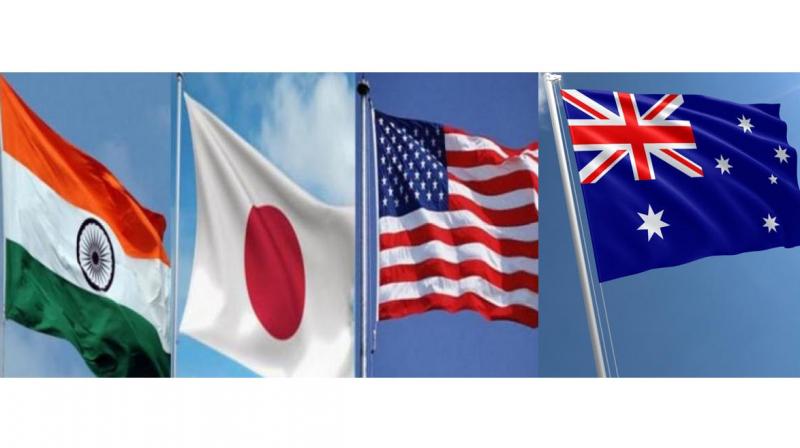 Meanwhile, the MEA on Tuesday announced that India, along with Australia and Indonesia, would organise the fourth East Asia Summit (EAS) Conference on Maritime Security Cooperation in Chennai on Thursday and Friday.

Speaking amid a panel discussion on “Narratives of Power: Indo-Pacific vs Asia-Pacific” organised by private think-tank Observer Research Foundation (ORF) on Tuesday in the Capital, the Ministry of External Affairs' Additional Secretary (IO & Summits) Vikram Doraiswami spoke about New Delhi's cooperation “with most major nations in the region and those with interests in the region, including the US, Russia, south-east Asia, Australia, Japan, as well as China”.

At the seminar, Mr Doraiswami pointed out, “Do we need a secretariat and a structure? Perhaps further down the road.”

He further admitted, “We (India) spent many years figuring out our own position on the Indo-Pacific before we got around to thinking about how we can use the concept rather than what other people meant by it.”

Speaking about the strategies for the region, Mr Doraiswami said it was “a strategy that suits countries of the region to maximise their opportunities, how we could use and leverage the growing partnerships that India has with most major nations in the region and those with interests in the region including US, Russia, south-east Asia, Australia, Japan, but as well as China.”

He added, “For all the complexities of the relationship, there are important aspects of cooperation....”

He said the objective was to “try and find ways of moving forward on our concept of indo-pacific, expand diplomatic space for India, (and) preserve the notion of an open and less-contested region.”

He added that cooperation between nations in the region would include issues such as “economics, development and environment”.