The Indian Constitution talks of having a scientific temper, but “the Constitution and the budget are not in sync,” the scientist said. 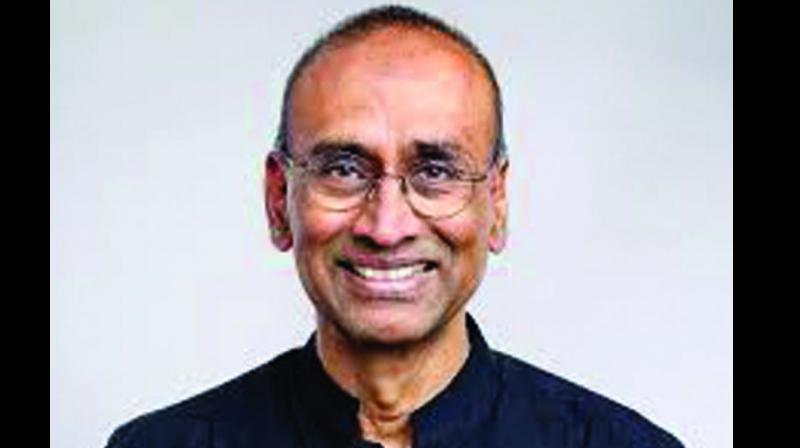 Pitching for greater spending on research and development by the government, Nobel Prize-winning scientist Venkatraman Ramakrishnan says India’s goal should not be to get a Nobel but create a “culture for first-rate science”.

The UK-based structural biologist asserted that India should focus on tackling important problems and the kind of cutting-edge research it can do in the future.

“Nobel Prizes are a byproduct of good science. They are not the goal of good science. If India gets a Nobel Prize in science in next few years, it doesn’t mean, suddenly Indian science is great. It just means, one person happens to really beat the odds and do very well like Sir C.V. Raman did, who got the Nobel,” Ramakrishnan told PTI in an exclusive
interview.

However, if India wins 15 or 20 Nobel Prizes then that would be a different story, he said.

Asked if he had a hope for a Nobel Prize in science from India in the next 10 years, the British-American structural biologist of Indian-origin said, “I don’t think the goal should be to get a Nobel Prize. If science establishment progresses, and does well that will be something... So, the goal should be creating a culture for a first-rate science where people are tackling important problems,” he said.

The areas where India can focus research could be anti-microbial resistance (AMR), pest control, biodiversity, environment and its degradation, restoration of environment, non-communicable diseases, Ramakrishnan, also president of the Royal Society, said.

India-born Ramakrishnan, who was jointly awarded the Nobel Prize in Chemistry in 2009 along with two of his peers for their research on the structure and function of the ribosomes, lamented that the budget for research and development (R&D), as a fraction of the Gross Domestic Product (GDP) has remained very low in the last 10 years.

The Indian Constitution talks of having a scientific temper, but “the Constitution and the budget are not in sync,” the scientist said.

“The Constitution puts in aspirations for science, but no government over the years in the country has put in 2.4 per cent of the GDP into their budget for R&D. Until India tries to put in the same amount of money as China and other countries are doing, it’s simply not going to be competitive,” the scientist said.

And in the long-run, India will be “trying to play catch up”, he cautioned. Research budget in India is about 0.7 per cent of the GDP, down from 0.8 per cent about 10 years ago. In China, it went the other way around, from 1.5 to 2.5 per cent, Ramakrishnan pointed.

Asked the reason, he said it is because successive governments “have not prioritised research”, and there are other pressing problems but future economic growth and future problems “require a solid base in science and research”.

“It is like farmer setting aside some of the seeds for next year’s crops. You could sell all your crops and make immediate money, but if you set aside seed crops you can grow next year’s crops,” 1952-born Ramakrishnan said.

The Nobel Prize-winning scientist was recently in Delhi and other cities to deliver lectures. On outlandish scientific claims made by various politicians in the past, glorifying ancient India vis-a-vis the knowledge system of the West, the India-born scientist, who grew up in the country said, no Indian scientist he knew pays the slightest attention to these things, adding that this is something that the “media likes to make a big deal of”. Ramakrishnan said he saw these incidents as kind of “political move to get votes”.

“Yes, there are a few crackpots, who say some strange things. But most of these politicians are pretty smart people, I don’t even know if they believe in such comments being made,” he said.

Whatever be the politics, India has to look forward and one thing to realise is that “all the countries have borrowed from other countries”. The West did not invest the number system, the modern number system was originally from India and that made possible the development of mathematics, he added.

Now, the West does not care that it did not invent the number system, they are “not embarrassed” to say Indians invented it. So, Indians should not care whether Newton’s laws were invented elsewhere, the noted scientist said.

“Here we have to build on that and what India should focus on is what they can do in the future, what Indians could develop, maybe new strains of crops, new vaccines, all sorts of things. We should be forward-looking rather than backward-looking,” Ramakrishnan asserted.

Asked if such comments affect the psyche of scientists or students and researchers at Indian Institutes of Technology (IIT) or the Indian Institute of Science (IISc) he quips, “absolutely not”. Ramakrishnan said India should be investing more on research and development for a long-term vision.

“If you have your own indigenous science, you can lead the way in technology and application, if you lag in basic science, then you are always trying to adopt discoveries made somewhere else. But those discoveries will be adopted first where they were discovered because those people will know about it, before you know,” Ramakrishnan said.

So, after discoveries made at the Stanford University in the US, some start-up in Bay Area is going to hear about it first, before it gets published and permeates to the rest of the world, he said.

“You have to believe that science and technology will help the country in the long-run, and the real problem is it doesn’t help in the election cycle of 4-5 years,” he said.