The EC team began a two-day visit to the state Monday to assess the feasibility of holding the Lok Sabha and Assembly polls simultaneously. 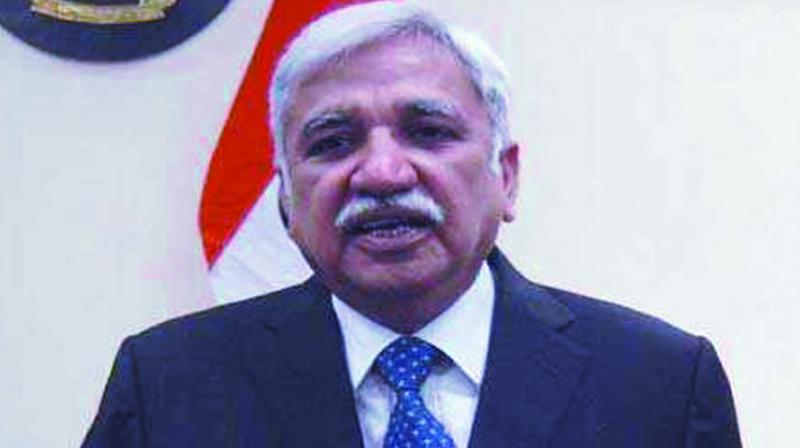 Chief election commissioner Sunil Arora, who led the EC team, “gave a patient hearing to their concerns and assured they will be taken care of in due time”, an official spokesman said.

Srinagar: The mainstream political parties of Jammu and Kashmir have called for holding of the Assembly elections at the earliest, or at least together with the Lok Sabha polls.

The delegations of parties, including the National Conference (NC), Peoples’ Democratic Party (PDP), the Congress and CPI(M), which met the Election Commission team here Monday, were unanimous on their view that the Assembly polls should be held immediately “to put an end to the political uncertainly in the state”. The EC team began a two-day visit to the state Monday to assess the feasibility of holding the Lok Sabha and Assembly polls simultaneously.

“We told the EC that the state was brought under Governor’s Rule in June last year. The stopgap arrangement should have ended by now,” said former minister Abdur Rehman Veeri, who led the PDP delegation.  He added: “We also said there is urgent need to put an end to the prevailing political uncertainty in the state by providing the people the opportunity to elect their own government.”

NC general secretary Ali Muhammad Sagar said: “The three-member delegation of our party, while interacting with the EC, reiterated the NC’s resolve that there is no substitute to a democratically-elected government. We also told it the people are yearning for a popular government that could further the cause of development and safeguard their rights. Hence, we urged it to announce the Assembly elections along with the forthcoming Lok Sabha elections”.

The CPI(M) delegation led by senior party leader Mohammad Yousuf Tarigami told the EC that J&K was without an elected government for the past nine months and that, in the absence of an elected government, “uncertainty in the state is deepening day-by-day and dissatisfaction among large sections of the people is increasing”. Mr Tarigami said: “We told them the only effective response to this situation is to initiate the democratic process and hold elections to the Assembly and the Lok Sabha simultaneously. Any delay will hamper the process of improvement in the situation.”

The Congress also demanded holding of Assembly and Lok Sabha polls simultaneously on the premise that apart from ending political instability in the state at the earliest, it will ensure a higher voter turnout. Senior party leader Taj Mohiuddin said that stretching President’s Rule was against democratic values. “Also, in a democratically elected government, the problems faced by the people can be addressed far more effectively,” he said. Similar views are reported to have been expressed by the delegations of other political parties. Chief election commissioner Sunil Arora, who led the EC team, “gave a patient hearing to their concerns and assured they will be taken care of in due time”, an official spokesman said.

The EC team left for Jammu in the evening. It will hold a similar exercise in the winter capital Tuesday. It will also hold separate meetings with chief secretary B.V.R. Subrahmanyam and DGP Dilbag Singh.