'Prime Minister is politicising Pulwama and its consequences. He is trying to take political advantage,' said P Chidambaram. 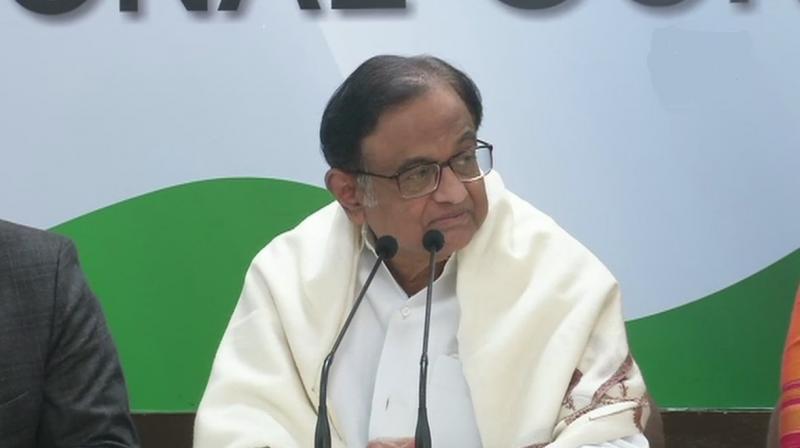 He was speaking at the launch of his book 'Undaunted: Saving the Idea of India' at Mumbai on Monday. (Photo: File)

"When he says we are questioning Indian Army, who is questioning Army, Congress President was the first to tweet "I salute IAF". We are not questioning Indian military forces. Prime Minister is politicising Pulwama and its consequences. He is trying to take political advantage," said P Chidambaram.

He was speaking at the launch of his book "Undaunted: Saving the Idea of India" at Mumbai on Monday.

"Sometimes I do not understand what Prime Minister wants to say. Not a day has passed in the last 14 days when he hasn't made a political election speech in some part of India. He has used every speech to bash Congress and its leadership. Now that's politicisation," he said.

Chidambaram's statement came at a time when opposition leaders are questioning the Balakot strike by Indian Air Force and are asking for its proof and number of exact casualties inflicted on terrorists.

While speaking at an event in Ahmedabad, Prime Minister Narendra Modi on Monday asserted that the terrorists will be hunted even if they hide deep underneath the Earth and asked his critics not to question the valour of the armed forces even if they are not willing to trust him.

On the other hand amid questions over the Balakot air strike, Indian Air Force (IAF) chief Air Chief Marshal B S Dhanoa on Monday said the fighter planes had hit the target given to them but he cannot give the number of casualties suffered as it is for the government to do so.

India carried out the air strike in less than two weeks after the Jaish terror attack in Pulwama in which 40 CRPF personnel lost their lives. JeM had claimed the responsibility of the attack.