Denmark was the first country to regulate the content of artificial trans fats in 2004. 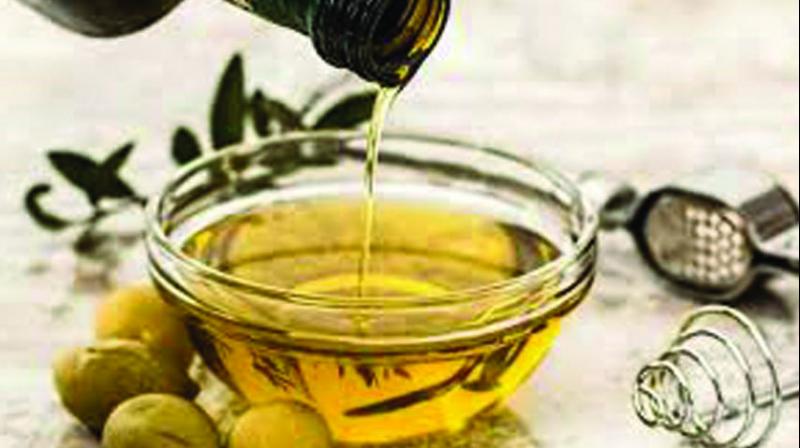 Olive oil is a good alternative

Each year, approximately 540,000 deaths can be attributed to intake of industrially produced trans-fatty acids, according to the World Health Organisation (WHO). High trans fat intake increases the risk of death from any cause by 34 per cent, coronary heart disease deaths by 28 per cent, and coronary heart disease by 21 per cent. Research has proved the direct connection of trans-fatty acids with cardiovascular diseases, breast cancer, shortening of pregnancy periods, disorders of the nervous system and vision in infants, diabetes, obesity, allergy, etc. This alarming threat is largely due to the effect of trans-fatty acid intake on human blood lipids and lipoproteins. Studies have proved that trans fat increases bad cholesterol levels while lowering the good ones and certainly shows no health benefits.

Denmark was the first country to regulate the content of artificial trans fats in 2004. Before this regulation was implemented, the cardiovascular disease mortality rate in Denmark was 441.5 deaths per 100,000 people. Three years after the regulation was enforced, mortality attributable to cardiovascular diseases decreased on average by about 14.2 deaths per 100,000 people per year. Thus, it was observed that elimination of trans fats from the food supply chain positively contributed to the overall betterment of people’s health.

Figures highlighting the growing risk associated with consumption of trans fats in India are alarming. Reports show that over 77,000 deaths annually, which is the highest in the world, are attributed to trans fats consumption. This is bound to increase given the fact that growing population, economic growth and rising disposable incomes are driving India’s cooking oil consumption growth.

In a study by the National Institute of Nutrition (NIN) in Hyderabad, it was observed that butter, ghee and trans fats increased insulin resistance and the effects of trans fats were found to be worse because they inhibit the metabolism of an essential fatty acid called omega 6, which helps cell membranes function properly. The study also showed that intake of trans fats during maternity increased the risk of diet-related chronic diseases.

Being a major source of energy, it’s undeniable that our body needs fats from food. But to identify and differentiate the good fats from the bad is a responsibility of the consumers. Good fats include monounsaturated and polyunsaturated fats commonly found in vegetable oils (that are liquid at room temperature), while the harmful ones include industrial-made trans fats. Trans fats are a byproduct of a process called hydrogenation that turn healthy vegetable oils into solids at room temperature. Common examples of Partially Hydrogenated Vegetable Oils (PHVO) are margarine, vanaspati or dalda or vegetable ghee.

India, like many other countries, is committed to eliminate industrial trans fats from food products in a phased manner. The country has already limited trans fat content in fats and oils to 5 per cent and committed to further reduce it to 3 per cent by 2021 and to 2 per cent by 2022, which is under process. However, the main hindrance in moving forward with the notification of the regulation and enforcement is opposition from businesses, mainly the bakery industry, due to the limited availability of cost-effective viable alternatives for trans fats.

VEGETABLE OILS AS AN ALTERNATIVE

According to a study by the Centre for Science and Environment, a simpler way is to change the oil and opt for better substitutes of vegetable oils like mustard oil, palm oil, coconut oil, etc which have lower trans fats potential. This is the reason why vegetable oils are considered as the best cooking oils for the heart.

The Centre for Disease Control and Prevention, US and American Heart Association also recommend use of monounsaturated fat (canola and olive oil) and polyunsaturated fat (soybean, corn and sunflower oil) in recipes that call for fat and advice reduced use of artificial trans fat intake. Similar suggestions are put forward in various other studies.

However, there is a need for more research and study in India about the benefits of appropriate vegetable oils and making consumers aware about the same, which is essential.

The level of industrial trans fats used in Sweden decreased sharply in the 1990s. This was not driven by any legislation, but largely by consumer demand. Consumers in Sweden did not want industrial trans fats in their food. Therefore, consumption went down, and producers responded to the change in demand. Denmark, for example, found that 70 per cent of the products had substituted partially hydrogenated products with coconut and palm oil.

According to Food Safety and Standards Authority of India (FSSAI) data, of the 225 lakh tons of the oil that the country consumes, 40 per cent is consumed by restaurants, mega kitchens and the processed food industry. The 30 per cent that gets discarded as used cooking oil is sold at a cheaper rate mostly to street vendors and small restaurants. Some surveys of street food in India have also found that 25 per cent of snack foods had levels of trans fats exceeding the legal limit set by most other countries. Popular deep fried sweets and snacks like samosas, gulab jamuns, jalebis that are prepared with PHVOs are reported to contain up to 50 per cent of trans fats. Hence, massive consumer awareness drives and generating consumer demand is the need of the time in India.

Studies have shown that by reducing trans fats from oil, governments have saved millions in healthcare costs annually. Even more, as a nation, by adopting heart-healthy trans fat free oil, India can significantly bring down premature deaths, which is one of the goals of the United Nations Sustainable Development Goals, to which India is committed. Let us work together in achieving this target and thus saving millions of lives.