He has ‘a habit of spreading hate against the BJP’ and ‘spreading false stories against Mahant Yogi Adityanath’. 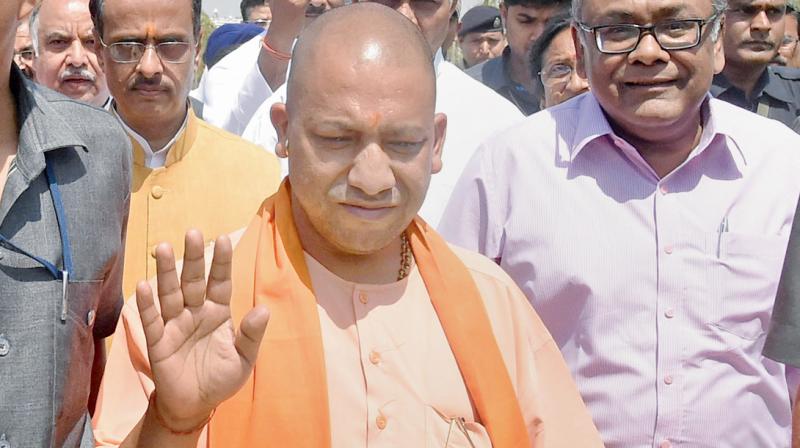 The NC said in Srinagar on Wednesday that the defamation notice has been sent to Mattu by Adityanath through Counsel for Government of India, Dr. Abhishek Atrey and it said that he has “a habit of spreading hate against the BJP” and “spreading false stories against Mahant Yogi Adityanath by blaming him that he asked Hindus to rape dead Muslim women”.

The legal notice alleges that Mattu has made such statements to cause intentional hatred amongst people towards the party and the UP Chief Minister “thereby directly inciting hatred against the State government, hence, seditious in nature”. It seeks an apology in favour of the BJP and Adityanath within two weeks failing which legal action would be initiated against Mattu.

But the NC spokesperson told reporters here that he cannot be brow beaten through “such cowardly acts”. He said, “Those who have openly incited violence against Muslims are ironically sending a legal notice to me for defamation. It seems Mahant Yogi Adityanath has mistaken notoriety for reputation. He has used intimidation and harassment as a political weapon in Uttar Pradesh. He has openly threatened Muslims of serious consequences and defamed them”.

“I will respond to this notice legally through my lawyers. They are examining the legal notice and will respond appropriately,” he added.

He alleged that the BJP is anti-minority and especially an anti-Muslim party and believes in having a selective morality.

“It encourages hate-speech as it finds it politically expedient and has the audacity to hold others to completely different standards. I am proud of my identity as a Kashmiri and as a Muslim, and National Conference is committed to mounting a strong, unapologetic fight against this force of tyranny, oppression and bigotry. Mahant Yogi Adityanath, his party and his followers should have doubts about this – we are not going to bow down in front of their tyranny”.

Reacting to the charge that his assertions tantamount to sedition, Mattu said that speaking the truth and opposing communalism can’t be sedition.

“If standing up to bullies and hate-mongering is ‘seditious’ then one has to be proud of it. I’m not scared of these legal threats – sedition or no sedition. We will respond strongly, unapologetically and legally,” he said.