Allow us to randomly pick EVMs used in UP, Punjab polls: AAP to EC

It has also requested the EC to provide details of components like microcontrollers and chips used for storage of memory in voting machines. 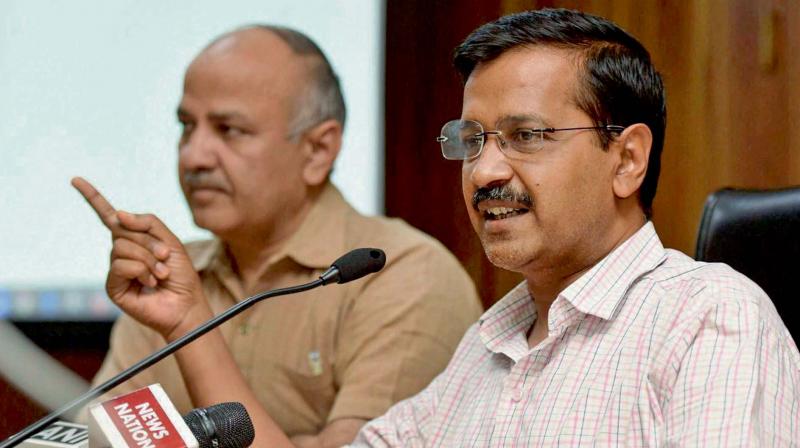 New Delhi: Amid Election Commission's plan to invite politicians to try and hack EVMs, the AAP has asked the poll body to allow it to pick machines randomly from Uttar Pradesh and Punjab, where Assembly elections were recently held.

The party has also requested the EC to provide the details of components like microcontrollers, and chips used for storage of memory in voting machines.

In a letter to Chief Election Commissioner Nasim Zaidi, AAP National Secretary Pankaj Gupta said the party should also be allowed to pick machines from strongrooms, instead of the commission providing the parties with machines.

Like it did in 2009, the Election Commission is once again thinking of inviting parties and others in the coming days to try and hack its Electronic Voting Machines (EVMs).

Top EC officials had conveyed its plans to invite politicians and others to try and tamper with the EVMs to AAP chief Arvind Kejriwal when he had met them at Nirvachan Sadan last week over the issue of reliability of the machines.

After its poor show in Punjab polls, Kejriwal had alleged tampering of EVMs.

"The microchips inside the EVMs can be fiddled with. Sophisticated software is being used to do that. But not all machines are tampered, the critical ones are," Kejriwal had claimed.

The Delhi chief minister has also demanded use of ballot papers instead EVMs in the MCD polls scheduled to be held on April 23.

The EVMs issue also led to a brief adjournment of Rajya Sabha proceedings today as the Opposition alleged tampering of voting machines.

Members of the Congress, SP and BSP trooped into the well of the Rajya Sabha calling the government a "cheat", forcing Deputy Chairman P J Kurien to adjourn proceedings briefly.

The government vehemently denied the charge, saying if anybody had a problem, they could go to the Election Commission (EC) as Parliament was not the forum to agitate.