Sources in the home ministry told this newspaper that a recent statement by outlawed Ulfa-I against the Dalai Lama was dictated by China. 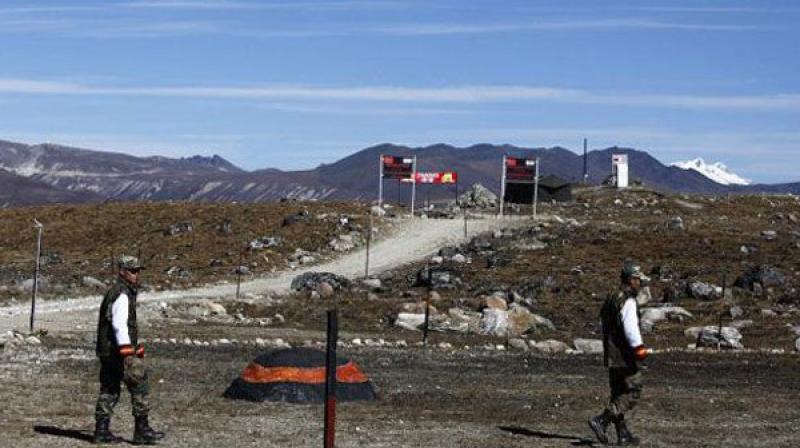 A border post between India and China. (Photo: PTI/File)

Guwahati: In what has alarmed the Ministry of Home Affairs, China has roped in militant groups of Northeast to launch a proxy war against India.

Authoritative security sources in the home ministry told this newspaper that a recent statement of outlawed Ulfa-I against the Dalai Lama was dictated by China.

The statement of Ulfa-I was aimed more at propagating Chinese view point on territorial dispute between India and China, than targeting the Dalai Lama.

The security sources said that Ulfa chairman Abhizeet Asom’s statement was framed and dictated by China. “In the list of Indian illegal occupation is of course Nan Zang (Southern Tibet). The cunning Indian premier of the day, Nehru grabbed the opportunity of attempting to undo the acceptance of Tibet a part of China in 1951,” the Ulfa-I’s statement said.

A few Chinese agencies drafted the statement of Ulfa-I, which was released to media on March 28, a day before China launched its aggressive campaign against the visit of the Dalai Lama to Tawang in Arunachal Pradesh, security sources said.

The statement, addressing the Dalai Lama said, “Despite the deceitful drawing of the McMohan line then, and your Holiness’s acceptance that your homeland is an autonomous region of China, you are perpetrating the fallacy of 1914 by reiterating that Tawang belongs to India.”

The security sources said that this was not the first instance Ulfa-I was playing into the hands of China. In 2015, Ulfa was instrumental in floating a “Tibet Support Group” in Assam to launch a proxy war against India at the behest of China.

Pointing out that elusive Ulfa-I chief Paresh Baruah was taking shelter in China, security sources said that Ulfa, in 1992, had described Bangladeshi immigrant as “builder of Assam”. It was the period when Ulfa leadership was looking for shelter in Bangladesh. However, stiff opposition in Assam forced Ulfa to give up that narrative subsequently.

Asserting that China was not interested in organizational strength of Ulfa-I, security sources said that China intends to intensify its proxy war against India in the Northeast through the separatist groups.

Indicating that home ministry was vigilant on growing nexus of northeast militant groups in China, sources said that despite aggressive opposition of China, India has refused to curtail the visit of the Dalai Lama to Tawang.