India   All India  05 Apr 2017  Crucial Cabinet reshuffle on the cards by Modi after Parliament session
India, All India

Crucial Cabinet reshuffle on the cards by Modi after Parliament session

Despite speculations, it appears that Railway minister Suresh Prabhu will not be shifted to defence. 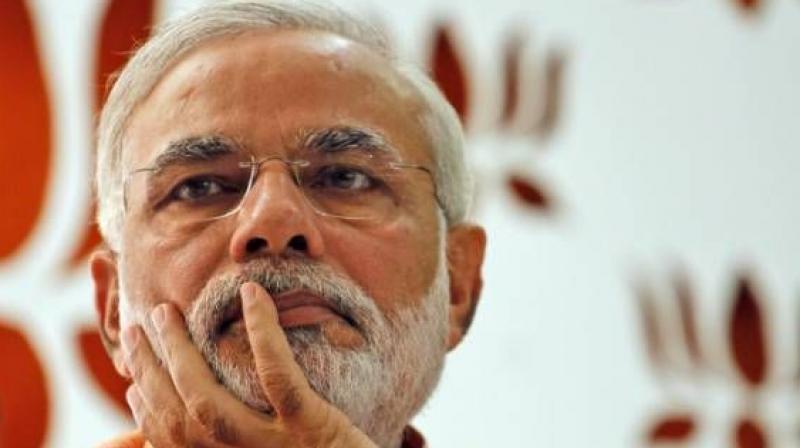 New Delhi: The much-awaited Cabinet reshuffle is all set to take place after the Parliament session that concludes on April 12.

Despite speculations, Railway minister Suresh Prabhu will not be shifted to defence. After former defence minister Manohar Parrikar moved to Goa to take charge of the coastal state, finance minister Arun Jaitley has been holding additional charge of this crucial portfolio. The government is considering the option of bringing in a new face as defence minister.

It may be recalled that after the BJP’s victory in the 2014 general elections, Mr Jaitley was given the additional charge of defence, but following “heavy workload”, Mr Parrikar, the then Goa chief minister, was brought in.

Minister of state (independent charge), telecommunications, Manoj Sinha, who was tripped by Yogi Adityanath in the race for the UP CM, could be given a full Cabinet rank. If Mr Sinha is promoted, the government would bring in another MP as minister of state for Railways. The minister for micro, small and medium enterprise, Kalraj Mishra, who would be nearly 76 years old, is expected to be sent as a governor.

Following the BJP’s stupendous victory in Uttarakhand, Prime Minister Narendra Modi is expected to induct a representative from the hill state in his Cabinet.

There is also a strong possibility of moving Rajasthan CM Vasundhara Raje to the Centre. A section in the party felt that Ms Raje could be considered to replace external affairs minister Sushma Swaraj. Though Ms Swaraj was “working full time”, this key ministry “required a lot of travel”.

If Ms Raje was shifted to the Centre, BJP general secretary Om Mathur could be moved to Rajasthan to replace her. If the BJP came to power in Himachal Pradesh, union health minister J.P. Nadda could be considered for the post of the CM, sources said. The elections in Himachal Pradesh are due in October.

The Cabinet reshuffle would also be carried out with an eye on the forthcoming polls in other key states such as Madhya Pradesh, Chhattisgarh and Rajasthan. These states will go to the polls next year.

Besides the Cabinet reshuffle, Mr Modi also intends to take a look at possible nominees for Rashtrapati Bhavan. The presidential elections are due by July.