The experts looked specifically at India, where approximately half of the usable water is currently required for irrigation. 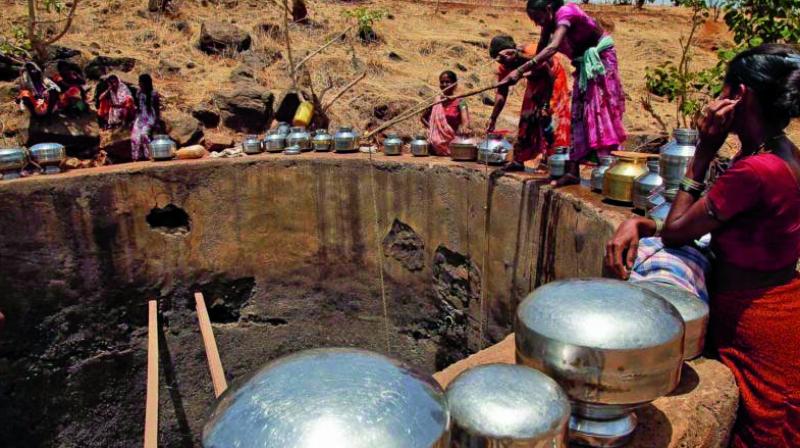 As per the study, modifying diets by a few grams per day according to the composition of vegetables, fruit and meat could significantly reduce groundwater use in India.

As per the study published in the first issue of Lancet Planetary Health, modifying diets include reducing the consumption of wheat and poultry, increasing the consumption of vegetables and legumes and switching to fruits like melon, oranges and papaya with lower water requirements in production.

“Not only could these changes help reduce groundwater use, they could also cut greenhouses gases and have a positive effect on health,” said the Lancet.

As per the study, modifying diets by a few grams per day according to the composition of vegetables, fruit and meat could significantly reduce groundwater use in India, and help the country meet the challenge of feeding 1.64 billion people by 2050.

The experts looked specifically at India, where approximately half of the usable water is currently required for irrigation.

The population of India is predicted to rise to 1.64 billion people by 2050, and in order to ensure enough freshwater is available, water use will need to be reduced by a third, it further said.

In this study, researchers looked at five typical dietary patterns in India and modelled how they could be optimised to reduce groundwater use, while meeting nutritional standards and maintaining overall energy intake.

“The dietary changes were accompanied by reductions in greenhouse gas emissions. The magnitude of the health and environmental effects varied between dietary patterns,” the study said.

Dr James Milner, lead author from the London School of Hygiene & Tropical Medicine, UK, says, “Food systems worldwide are likely to face increasing pressure as populations increase and water availability declines. In India, the proportion of freshwater available for agricultural production may already be unsustainably high and water availability per person is likely to decline significantly over the coming decades. Our study is the first to investigate the potential of changing diets as a solution to decreasing freshwater availability and finds modest dietary changes could help meet the challenge of developing a resilient food system in the country.”