Abdullah earlier today said that stone-pelting youth from J&K were giving their lives for resolution of Kashmir dispute and not for tourism. 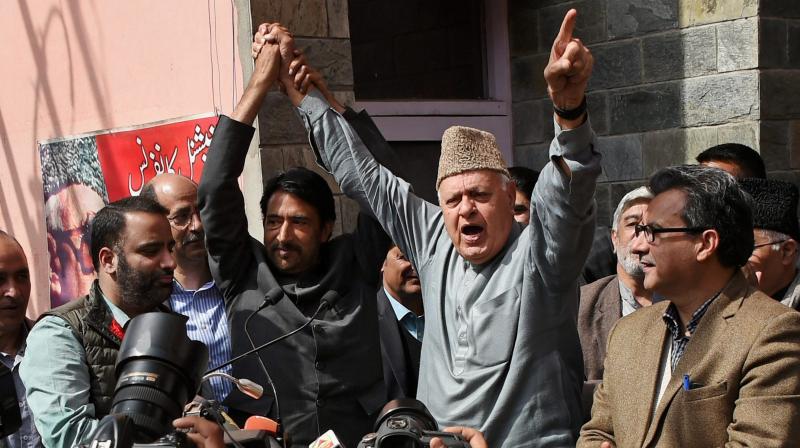 New Delhi: Union Minister Jitendra Singh on Wednesday dubbed as "worrisome" NC chief Farooq Abdullah's defence of stone-pelters in Kashmir and accused him of getting tempted to speak the "language of separatists" for electoral gains.

Abdullah, who is contesting the bypoll to Srinagar Lok Sabha seat, earlier on Wednesday said that the stone-pelting youth from the valley were giving their lives for resolution of Kashmir dispute and not for tourism.

"It is quite worrisome...a politician of the stature of Abdullah has also come under pressure of upcoming polls and therefore has felt tempted to speak the language of the separatists," Singh told reporters outside Parliament.

Referring to the 1994 Parliament resolution that Pakistan -occupied Kashmir (PoK) be liberated from the neighbouring country and be merged with India, Singh said Abdullah's party had supported the position.

The minister also said that Abdullah had stated on record several times that India should "bombard" terror training camps operating from Pakistani soil.

"It seems that just in a bid to woo a certain constituency, some of the Kashmir-centric campaigners have felt tempted to use the jargon of separatists," Singh added.

The minister further said Abdullah's remarks raise a "larger question" if one should succumb to expediency of electioneering "at the cost of consistency when it comes to nationalist views and beliefs".