His remarks came after Chinese state media said India is using the Dalai Lama as a diplomatic leverage to challenge China's 'bottom line'. 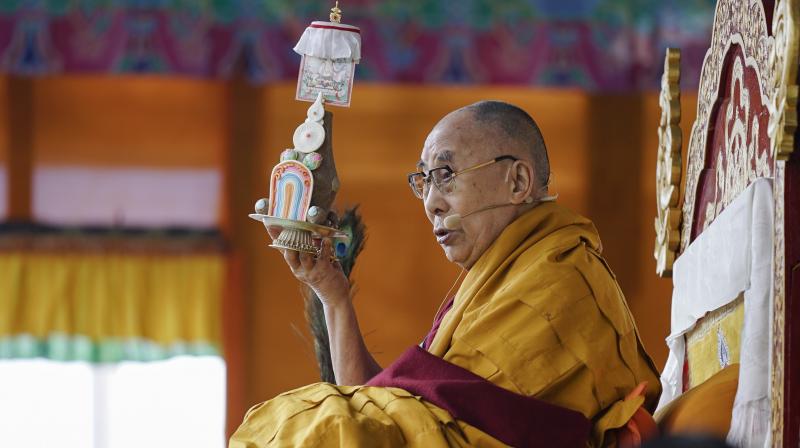 Bomdila: Amid protests by Beijing against his scheduled visit to Tawang, the Dalai Lama on Wednesday said India has never used him against China.

"India has never used me against China. I am a messenger of the ancient Indian thought and I talk about ahimsa, peace, harmony and secular ethics wherever I go," the Tibetan spiritual leader said while talking to the media in Bomdila.

His remarks came after Chinese state media on Wednesday said India is using the Dalai Lama as a diplomatic leverage to challenge China's "bottom line".

"I am a Buddhist. The entire Himalayan range had been traditionally following Buddhist dharma and modern physics is based on Buddhist philosophy," he said.

On corruption, the Dalai Lama said graft is a big problem facing the world and it was increasing because of lack of moral principles.

He spoke fondly of Arunachal Pradesh and said he had a special connection with the state as it served as his point of entry when he arrived in India in 1959.

"When I got freedom, when I first reached India, I entered through Arunanchal Pradesh. I have an emotional connect with the state. It is a special place for me," he said.

The Dalai Lama thanked Indian government for letting him visit the frontier state.

"I would like to thank the government of India. I have been here since 1959. India has taken great care of me. I am their longest staying guest. I am thankful to them," he added.

He gave a discourse at Buddha Park here this morning.

Tomorrow, he would impart teachings at Dirang and confer the 'Avalokiteshvara Permission' at Thupsung Dhargyeling Monastery in the morning.

From April 8 to 10, the Dalai Lama will deliver discourses in Tawang. Owing to the rescheduled visit, he would not be able to go to Itanagar.